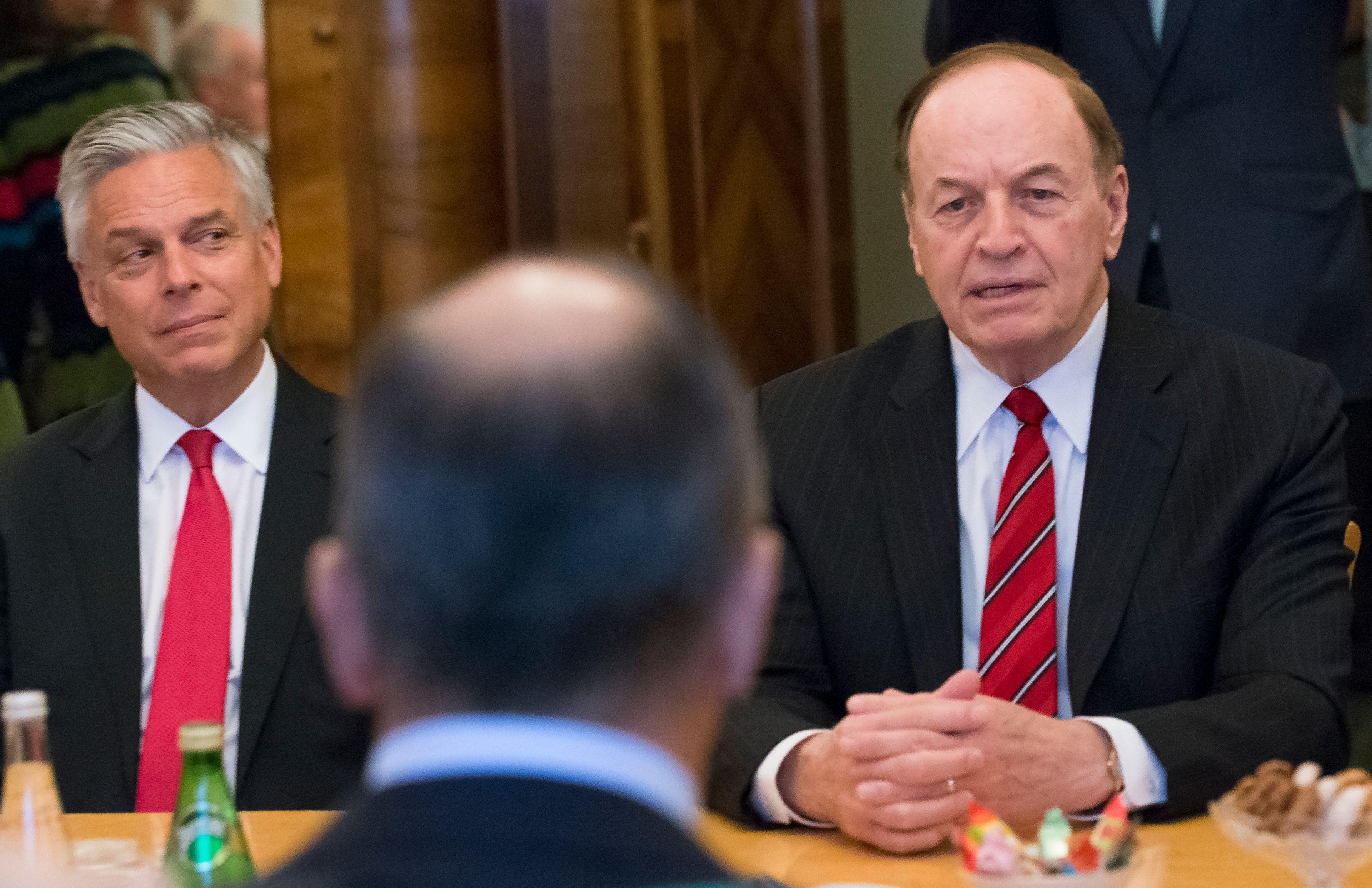 MOSCOW -- A the head of a U.S. congressional delegation visiting Russia said Tuesday he hopes for "a new day" in repairing relations between Russia and the U.S.  Senator Richard Shelby, a Republican from Alabama, was meeting with Russian Foreign Minister Sergey Lavrov in Moscow two weeks before the countries' presidents are to meet in Helsinki.

"We come here realizing that we have a strained relationship, but we could have a better relationship between the U.S. and Russia, because we have some common interests around the world that we could hopefully work together on," Shelby told Lavrov at the start of their meeting. "We could be competitors, we are competitors, but we don't necessarily need to be adversaries."

Earlier in the day, Kremlin spokesman Dmitry Peskov said that Russian President Vladimir Putin and U.S. President Donald Trump could meet tete-a-tete without their aides before the start of the official summit on July 16.

Shelby expressed hope the summit "will be the beginning, maybe, of a new day."

"We will have to wait and see, and go from there, but we recognize that the world is better off, I believe, if Russia and the U.S. have fewer tensions," Shelby added.

Lavrov congratulated the congressmen on the upcoming Independence Day in the U.S. He expressed "my real hope that your visit would symbolize the resumption of relations between our two parliaments."

Relations between Russia and the U.S. have sunk to their lowest point in decades amid U.S. sanctions over Russian meddling in the U.S. election and Russia's action in Ukraine.

Later in the day the congressmen were to meet their counterparts in the Russian parliament. Russian state news agencies had reported that the U.S. congressmen were hoping for a meeting with Putin, but Peskov said such a meeting was not on his schedule.