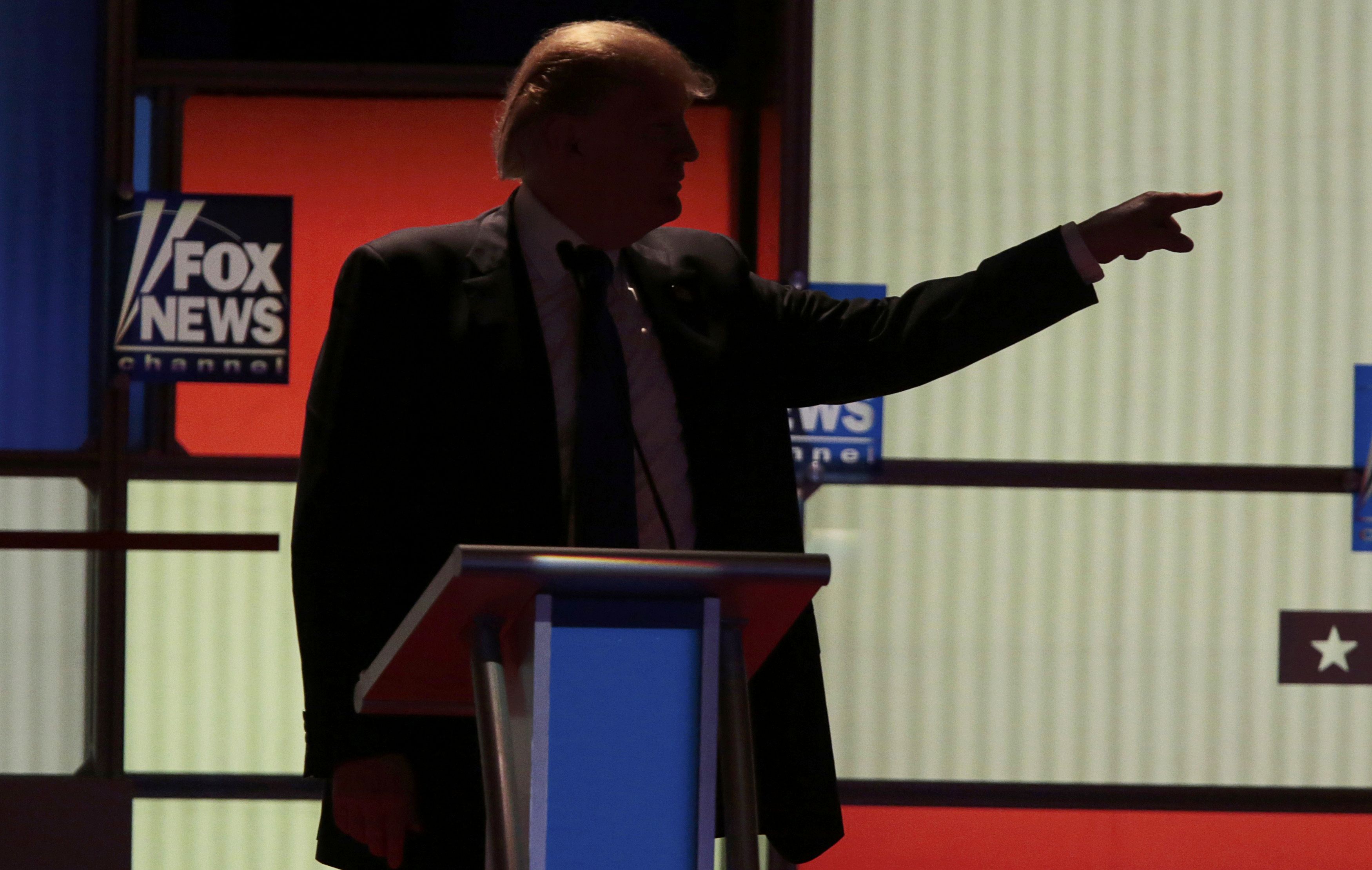 The results are in: as expected, GOP frontrunner Donald Trump dominated the discussion on social media during Thursday's night's Republican debate in Detroit.

On Twitter, the top-tweeted moment of the debate came when Trump defended his online education company, Trump University. "He's trying to do to the American people what he did to the people who signed up for this course," Rubio said at that point in the debate. "He's trying to con people to giving him their vote just like he conned these people into giving him their money."

"The real con artist is Sen. Marco Rubio, who was elected in Florida and who has the worst voting record in the United States Senate," Trump fired back. "He doesn't go to vote. He's absent."

The second most-tweeted moment was the "yoga" conversation. Cruz instructed Trump to calm down, telling him to "Breathe, breathe ... I know it's hard." Rubio then quipped: "When they're done with the yoga, can I answer a question?"

And coming in third on Twitter was when Trump referred to Rubio as "Little Marco." According to Twitter's stats, Trump gained the most followers during the debate, followed by Kasich, Democratic frontrunner Hillary Clinton, Cruz, then Rubio.

The top questions searched for each candidate give some insight into where voters think the race is right now. For Trump's challengers, many of the questions hinge on how long they'll be in the race and whether they've been winning thus far. For Cruz, the questions are about how many states and delegates the Texas senator has won, such as, "Is Ted Cruz dropping out?" For Rubio, they're about what states he's won, plus "Will Marco Rubio drop out?" and "Is Rubio done?" And in a sign of the importance Kasich has placed on winning his home state, the third most-Googled question related to him is: "Will Kasich win Ohio?"

The most-asked questions for Trump were more of a mixed bag. Web users asked what he said about the Ku Klux Klan, how he did on Super Tuesday and which states he's won. Also, presumably as a result of late-night host John Oliver's recent sketch about Trump (in which he noted the Trump family's original last name was "Drumpf"), the fourth most-Googled question about Trump is, "What is Donald Trump's real name?"

In a sign of how muddled the GOP contest could become if Trump doesn't get the required delegates to win the nomination outright, Google reported a 200-percent increase in the number of searches asking, "When was the last contested convention?"