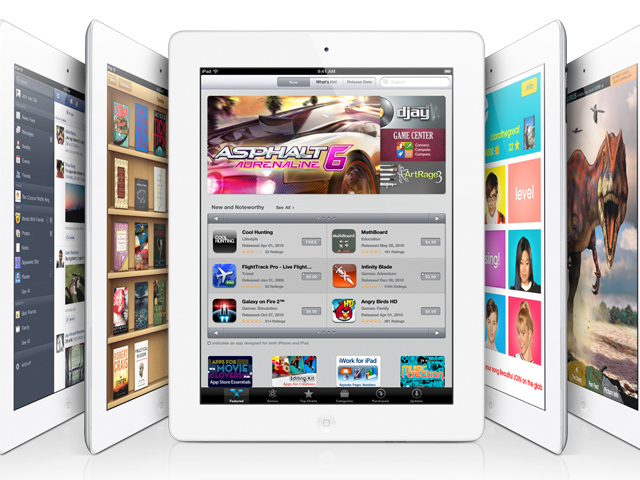 BEIJING - Authorities have seized iPads from retailers in more Chinese cities in an escalating dispute between Apple Inc. (AAPL) and a struggling local company over the trademark for the popular tablet computer, news reports said Thursday.

The Chinese company, Shenzhen Proview Technology, said this week it will ask customs officials to stop imports and exports of iPads, a move that might disrupt global sales because the tablets are manufactured in China.

iPads were seized in the central city of Zhengzhou and the eastern port of Qingdao, a website run by newspaper China Business News said. Seizures were reported earlier in the cities of Shijiazhuang and Xuzhou.

Proview said it has asked regulators in more than 40 cities to investigate possible trademark violations.

Chinese media say Proview is deeply in debt and observers have suggested the company needs a large settlement to repay creditors.

"We've appealed to Apple through its agents to have a settlement, but so far we haven't received any response from them," said a Proview lawyer, Xie Xianghui. He declined to say how much Proview wants.

An employee of the press office of Zhengzhou's Administration of Industry and Commerce confirmed some iPads were seized there.

"One of our local offices seized iPads from a shop and sealed them off based on the Chinese Trademark Law, although we did not carry out a city-wide seizure," said the employee, who would give only his surname, Jiang.

A spokesman for Qingdao's Administration of Industry and Commerce said he knew of no order to seize iPads but said the agency was monitoring the legal process.

"We're investigating iPad sales in the city and will move quickly once there is a final legal judgment," said the spokesman, who would give only his surname, He.

A spokesman for Weihai's commerce agency said he knew of no citywide seizures but said local offices might be investigating sales or collecting evidence. He refused to give his name.

Proview registered the iPad trademark in China in 2001. Apple bought rights to the name from a Taiwan company affiliated with Proview but the mainland company says it still owns the name in China. A Chinese court rejected Apple's claim to the name in China last year. Apple has appealed.

Apple, based in Cupertino, California, insists it owns the iPad name and has accused Proview of failing to honor its agreement.

Apple has cited a Hong Kong court ruling last year that concluded Proview and the Taiwan company both were controlled by the same Taiwanese businessman, Yang Long-san.

The judge said the companies acted together "with the common intention of injuring Apple" and granted a temporary order barring Proview from transferring rights to the iPad name in China.

Proview also has filed suit against Apple in Shanghai and the cities of Shenzhen and Huizhou, according to Xie.