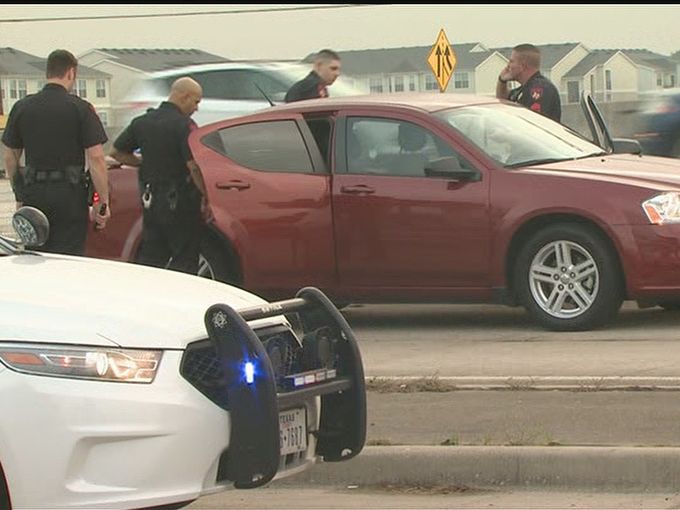 HARRIS COUNTY, Texas - Authorities are searching for a man in a white SUV who allegedly shot a woman on a Texas freeway Friday after she honked at him, reports CBS affiliate KHOU.

A spokesman for the Harris County Pct. 4 Constable's Office said the shooting happened shortly after 7 a.m. on the North Freeway near W. Richey Road in Harris County.

The victim, a 28-year-old female, reportedly told officers she honked at a white SUV while trying to get on the freeway to go to work. She and the SUV's driver yelled at each other before the SUV cut her off and the driver opened fire, according to the station.

A bullet reportedly struck the woman in the back of her neck. Some of the bullet fragments went into her head as well, authorities said, according to the station.

The SUV driver reportedly fled the scene as the victim called 911.

The victim was able to relay to police that the shooter was wearing a blue baseball cap.

Authorities say the woman was taken to the hospital where she was listed in critical condition.