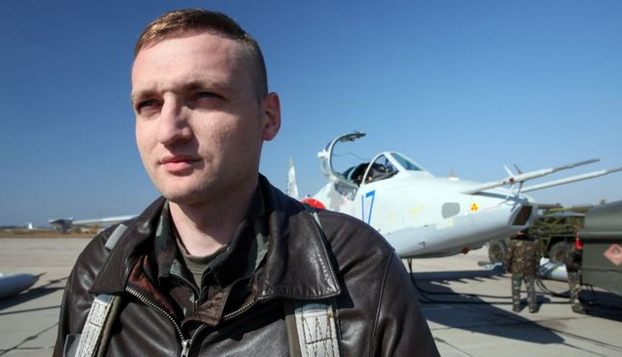 A Ukrainian military pilot accused of shooting down a Malaysia Airlines flight has committed suicide, according to a Ukrainian media report that cites the police.

Ukrainian media says 29-year-old Capt. Vladyslav Voloshyn shot himself at his home, but his death is being investigated under the "premeditated murder" section of the Ukrainian penal code. A military service pistol found at the scene is also being looked at.

According to the BBC, Voloshyn had been in charge of the Mykolaiv airport after leaving the airforce. Before that, he flew combat missions against Russian-backed rebels, and was described by Ukraine as a war hero. However, Russia accused him of shooting down MH-17 in 2014, an allegation he called a lie.

All of the 298 passengers and crew of the Malaysia Airlines flight were killed. An international probe found that a missile was fired from a rebel-controlled territory by a launcher trucked in from Russia. However, Russia has denied any involvement.