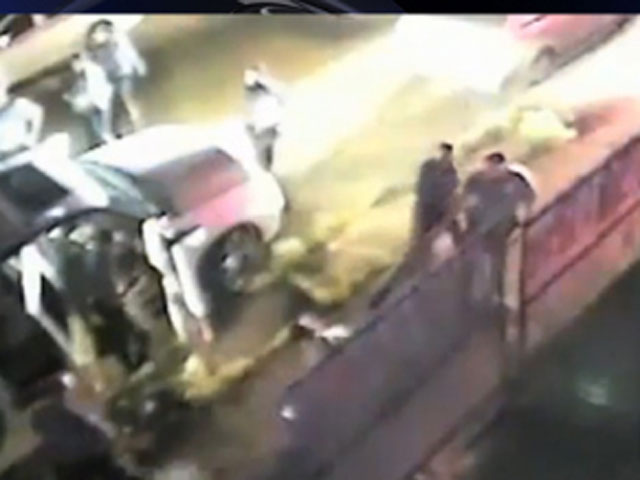 (CBS/AP) PATERSON, N.J. - Two northern New Jersey men are reportedly using footage from a surveillance camera to help support their allegations of police brutality in 2011. Alexis Aponte and Miguel Rivera claim that Paterson police used undue force against them when they were arrested, according to CBS New York.

The video appears to show Aponte being kicked by Paterson officers and then dragged down the street during a 2011 arrest.

A federal lawsuit filed Friday in Newark claims Aponte, of Paterson, and Rivera, of Prospect Park, were beaten while on the ground handcuffed. Aponte was a passenger in a truck driven by Rivera when police stopped them.

Their attorney, Darren Del Sardo, says the video was from a camera outside the Rivera family's home. It mostly captured what happened on the passenger side.

The suit claims authorities punched and kicked Aponte and Rivera, nearly knocking them unconscious. It also claims that neither man resisted arrest and that officers took their money, jewelry and other personal items that were never returned.

Police declined to comment, saying the case has been referred to the Passaic County prosecutor.

Aponte and Rivera allegedly got into a fight with off-duty police officers at a sports bar hours before they were arrested, reported the station.

Aponte is currently in prison for charges related to a weapon he was carrying during the altercation at the sports bar.