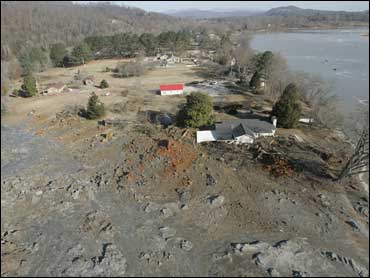 A consultant's report says a massive coal ash spill in Tennessee resulted from a combination of factors that developed over five decades of operation.

Engineer Bill Walton of AECOM USA Inc. told a news conference Thursday that the huge coal ash storage facility at the Tennessee Valley Authority's Kingston Fossil Plant was "on the verge of failure" for some time before it actually collapsed in December.

But he said it took a combination of elements - from the high water content of the ash to the increasing height of the ash pile to the construction of sloping dikes over wet ash - that led to the release of more than 5 million cubic yards of ash into the Emory River and a lakeside community.

Walton noted in particular the existence of a 6-inch thick bottom layer of ash and silt or "slime" that began to creep and propelled the earthen structure's collapse.