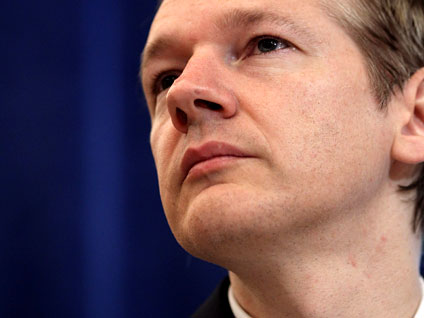 The two Swedish women who accuse WikiLeaks founder Julian Assange of sexual misconduct didn't initially want to bring charges against him - they were trying to track him down and have him get tested for sexually transmitted diseases, according to a report from Reuters.

The women had separate encounters with Assange, the founder of a group that publishes secret documents on the Internet, in August. Sources in Assange's entourage told Reuters that he had turned off his cellphone and was difficult to reach because he was worried his enemies might try to track him.

Reuters' report suggests that Assange's elusiveness may have worked against him in the Swedish investigation, which might not have resulted in charges if he had taken the women's calls and not left the country when police started investigating the matter.

The case has been complicated. Swedish prosecutors initially released an arrest warrant for Assange, but then dropped the rape charge. The women then hired a new attorney who pushed to keep the investigation going and reinstate the rape charge. Assange left the country, and Swedish authorities issued a European arrest warrant. He was arrested Tuesday in the U.K. and denied bail.

So how did it come to this?

People in Assange's inner circle told Reuters that he met Miss A (as identified in court documents) while on a visit to Sweden on behalf of WikiLeaks, and she eventually invited him to stay at her home. While details on Assange's financial situation are murky, he is said to live an austere lifestyle and often spent nights in friend's spare rooms. Assange and Miss A developed a sexual relationship, and the woman said that a condom Assange was wearing broke. Later, friends said the two didn't seem to be hostile towards one another.

The second woman, identified as Miss W, became obsessed with Assange after hearing him speak, according to a story published in London's Daily Mail. He eventually agreed to stay at her place. Details are unclear - but at some point, Assange had sex with Miss W without a condom, who became increasingly worried that he might have given her an STD.

While trying to locate Assange to ask him to get tested for STDs, Miss W met Miss A. They eventually got in touch with him, but after being frustrated by his response, Miss W wanted to take her story to the police although she initially didn't want him to be prosecuted. Miss A went with her for moral support.

Prosecutors decided to press charges after reading the women's accounts.

Assange thinks the charges are part of a "dirty tricks" campaign against WikiLeaks. He has insisted that he had "never, whether in Sweden or in any other country, had sex with anyone in a way that is not founded on mutual consent."