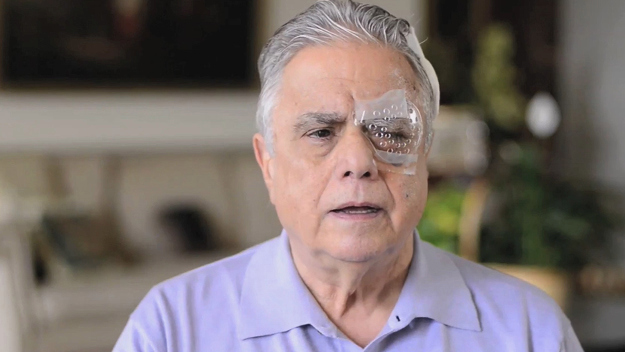 HUNTINGTON, N.Y. - The politically connected owner of a storied mansion-turned-wedding palace who survived being shot in the head by a masked assailant earlier this year says his son was being investigated as a person of interest in the shooting, according to Newsday.

Gary Melius told the paper that he believes police spent several months looking into his son, 34-year-old Thomas Melius, because of his problems with drugs, but could not connect him to the crime. Thomas Melius is the biological son of Gary Melius' wife. Gary Melius adopted him.

"They have not one thing to physically connect him to this. Not one phone call, not anything," Gary Melius said, according to the paper.

The paper reports records show that Thomas Melius was released from a months-long jail stint just five days before his father was shot. Thomas Melius' attorney, Dennis Lemke, told Newsday that his client was in an inpatient drug program at the time of the crime.

Gary Melius, 70, is reportedly adamant that his son had nothing to do with it. Instead, he says, authorities should be looking into whether a certain political foe of his was involved.

The Suffolk County Police Department declined to comment on the ongoing investigation.

Gary Melius was shot at point blank range while getting into his car in the parking lot of his Long Island venue - Oheka Castle - on February 24.

The shooting was captured on surveillance video, which has not been released. CBS New York reported the video shows the suspect's weapon getting jammed before the suspect then flees in a vehicle.

In 2013, Melius was part of a controversy that resulted in the ouster of then-Nassau County Police Commissioner Thomas Dale over the arrest of a witness in an election lawsuit.

The district attorney found that Dale had instructed officers to arrest a 29-year-old Roosevelt man, who had testified in an unrelated case that he had been paid to collect signatures for a third-party candidate. Melius, a supporter of the third-party candidate, then contacted Dale seeking to have the young man investigated. The young man was arrested on an outstanding warrant while riding a county bus on Oct. 5.

An investigation by the Nassau County district attorney found no evidence of criminal wrongdoing but raised questions about the ethics of Dale's actions, leading to his resignation.