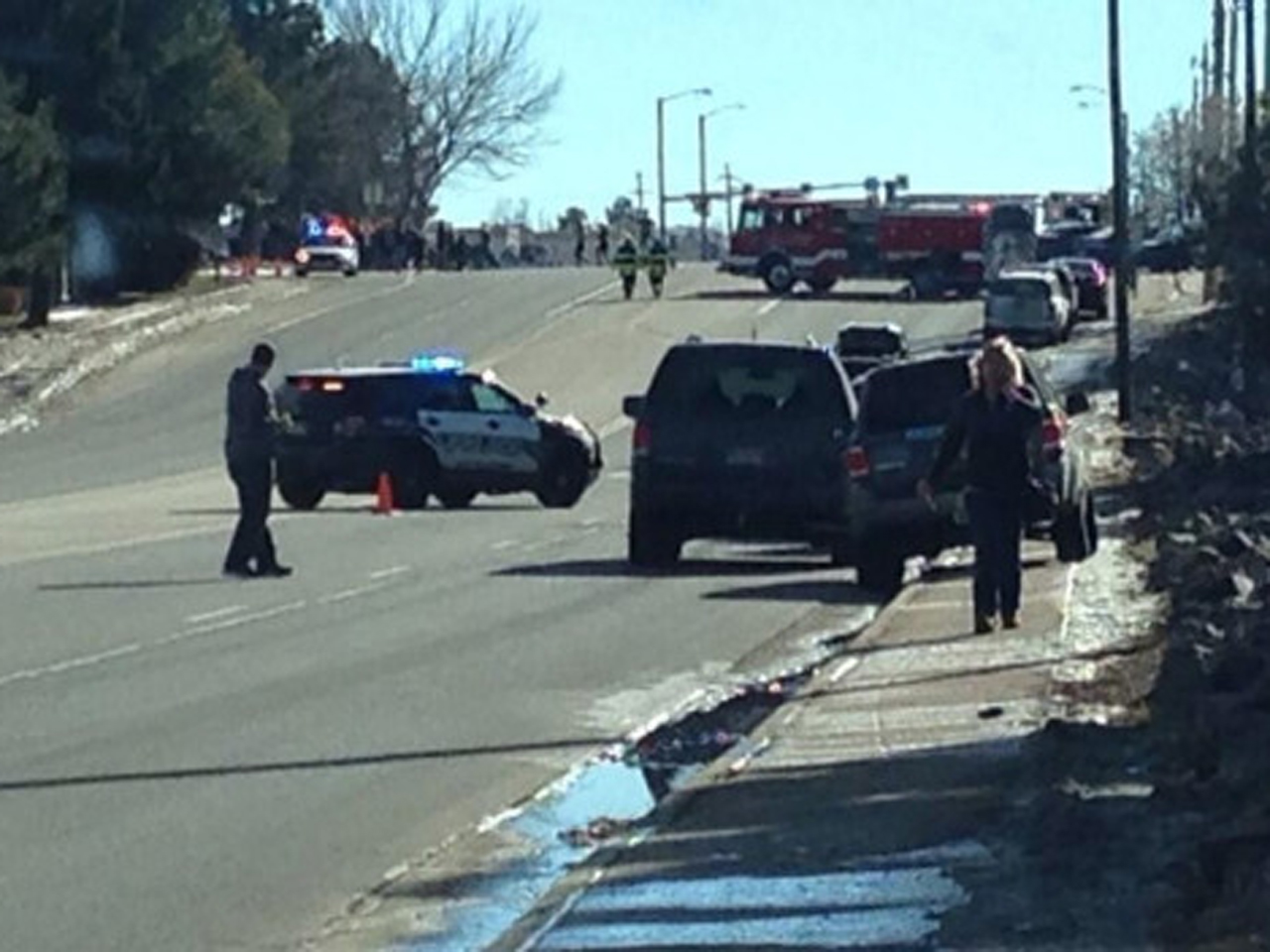 The sheriff in Arapahoe County, Colo. says there is an active shooting situation at Arapahoe High School in Centennial, Colo., reports CBS Denver.

The report also says there are "possibly two victims." The Associated Press is reporting that a spokesman for the Littleton Adventist Hospital said one student was in critical condition and was in surgery.

Students exited the building with their hands up in a single file line. As each filed past law enforcement they were patted down and then allowed to put their arms down.

Denver Post reporter Ryan Parker tweeted from the scene that "students are telling me at least two students were shot by another student in the cafeteria."

The Denver Post is reporting that a spokesperson for the local fire department received a call reporting a fire at the school at 12:30 p.m.

According to CBS Denver, Arapahoe High School has more than 2,000 students.

It is located about eight miles from Columbine High School, scene of a mass school shooting in 1999.