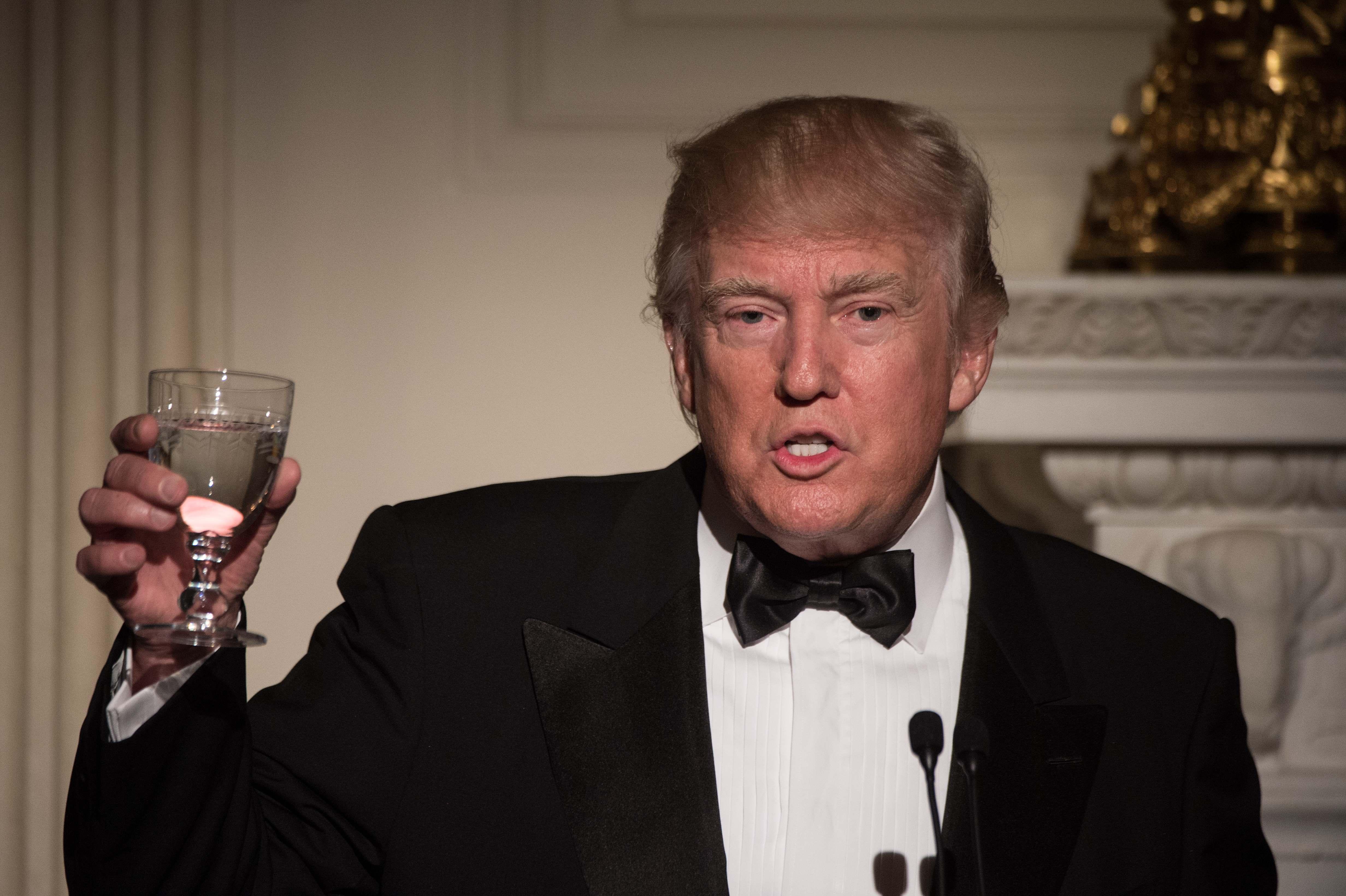 President Donald Trump says that he considers exercise "misguided" according to a recent report by The New Yorker.

The article released last week says that Mr. Trump feels that a person, like a battery, is "born with a finite amount of energy."

His recent comments on physical fitness appear to parallel that of the lifestyle he puts on display in his presidential tweets.

Mr. Trump, who recently showed a penchant for diet soda and two scoops of ice cream at a four-course meal with reporters from Time Magazine, has previously tweeted his appreciation for fast food fare -- including a spread of KFC aboard his private plane on the campaign trail, and the Cinco De Mayo taco bowl from Trump Tower.

While he hasn't been photographed pumping iron like current Speaker of the House Rep. Paul Ryan, R-Wisconsin, or playing a game of pickup like his predecessor president Barack Obama, the 70-year-old has not shied away from his favorite pastime, golfing, which he considers a means of conducting business, rather than a workout.

As of his first 100 days in office, Mr. Trump had been recorded playing golf over 19 times at his various golf clubs across the country.

Mr. Trump's personal physician Dr. Harold N. Bornstein of Lenox Hill Hospital in Manhattan said of then-candidate Trump in December of 2015 was in "excellent health," and added that if elected, Mr. Trump would be the "healthiest individual ever elected to the presidency."

The doctor's statement was quickly questioned given the high fitness levels of presidents like Mr. Obama and former President George W. Bush -- both of whom were much younger than Trump when they were elected to office and exercise vigorously. Obama likes to play basketball, and Bush has been an avid runner and mountain biker.

Following the release of his physical examination, Mr. Trump appeared on daytime television where he emphasized his "stamina" to hold the office, telling Dr. Mehmet Oz that "he feels as good today as he did when he was a 30."

The exam went on to show that Trump, who does not use alcohol or tobacco,  takes a lipid lowering medication called rosuvastatin and a low dose aspirin, but weighs 236 pounds, which means his body mass index (BMI) of 29.5 would make him overweight. A BMI of 30 falls within the range of obesity.

A final standard medical record was never released to the public or to reporter's who requested it. Instead the Trump campaign issued a statement, saying "We are pleased to disclose all of the test results which show that Mr. Trump is in excellent health, and has the stamina to endure — uninterrupted — the rigors of a punishing and unprecedented presidential campaign and, more importantly, the singularly demanding job of President of the United States."

While Mr. Trump feels he's the picture of health, medical experts disagree with the president's lax statements on exercise.

The Centers for Disease Control recommends that adults 65 years of age or older should do at least 150 minutes of moderate-intensity aerobic activity, such as brisk walking, every week, in addition to muscle-strengthening activities like lifting weights two or more days a week.