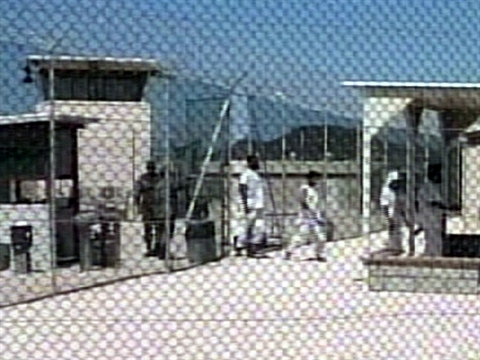 Since President Obama vowed to close the prison at Guantanamo Bay in 2009, Pentagon officials have imposed numerous delays to thwart the plan, according to an in-depth report released Monday by Reuters.

Current and former Obama administration officials told Reuters that the delay of a plan earlier this fall to transfer a detainee to a foreign country was part of a pattern by the Pentagon to slow the closure process.

Pentagon officials have withheld key documents from foreign delegations that have been involved in the transfer of detainees to their respective countries, the report said. In September, for example, State Department officials invited a delegation from a foreign country that was not identified to visit Guantanamo Bay to prepare for the transfer of Tariq Ba Odah to their country.

The report said the delegation first asked the Pentagon for Ba Odah's medical records, but officials declined to release them for the next six weeks, citing privacy concerns. After the delegation canceled its visit to Guantanamo Bay, the administration promised to provide the necessary documents, the delegation traveled to the detention center and the Pentagon withheld the detainee's full medical file again.

It hasn't only been medical files that have been withheld, but the Pentagon has also refused to provide photos or other basic documents, the report said. Defense officials have also limited the amount of time they have to interview detainees and have prevented delegations from spending the night at the prison.

Four Afghan detainees wound up spending four additional years at the prison even after they were approved for a transfer, the report said. The transfers of detainees to Uruguay, Mauritania, Great Britain and Kazakhstan were also delayed for months or years.

Pentagon officials denied any international effort to slow transfers, Reuters said. Asked for additional comment, Pentagon spokesman Gary Ross said in a statement to CBS News that it takes time to reach appropriate security measures necessary to ensure that a transfer is in the national security and foreign policy interests of the U.S.

The statement also noted that the Pentagon has transferred more than 130 detainees since Mr. Obama took office in 2009, which is more than the current population at the prison.

But the delays factored into former Defense Secretary Chuck Hagel stepping down in February, former administration officials told Reuters. Hagel had faced pressure from the White House to pick up the pace on releasing low-level Guantanamo detainees, the New York Times reported in May 2014.

Hagel explained, in part, the reason for the slow pace of the transfers in an interview with CNN in January -- after he had announced he was leaving the Obama administration. "[B]y law, I am the one official in government charged with certification of release of detainees. I take that responsibility very seriously," he said.

After his tenure, administration officials also said President Obama scolded Defense Secretary Ash Carter during a one-on-one meeting in September because of the delays. The report said the Pentagon has since been more cooperative.

In June, Carter told CBS News' Margaret Brennan that he wasn't confident at that point that the prison could be closed by the time Mr. Obama leaves office in 2017.

"I'm not confident, but I am hopeful. I think we'll have a good proposal, and I think we're hoping it wins the support that it needs in Congress, so that we can move forward," Carter said.

The report comes after the president laid out his plan at his year-end press conference this month to present a plan to Congress to finally close the prison at Guantanamo Bay. While many of the detainees have and will be transferred to foreign countries, many believe it might also be necessary to house them in facilities based in the U.S.

Many Republicans in Congress have blasted such a proposal, even including language in the 2016 spending package to block the administration from transferring detainees to the U.S. While Mr. Obama suggested he would work with lawmakers on the plan, he also hasn't ruled out eventually using his executive authority.