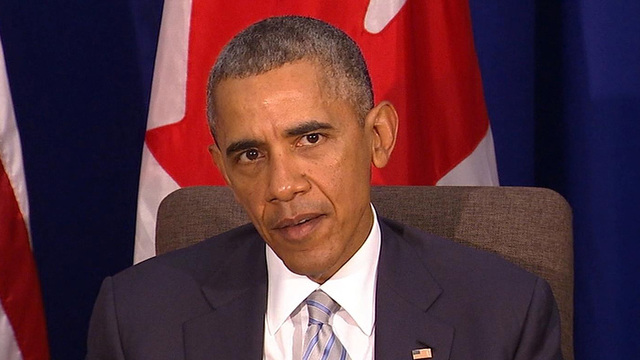 MANILA, Philippines -- President Obama vowed Thursday to work "meticulously" with Congress to try to close the Guantanamo Bay detention center, and said he saw no reason for the Paris attacks to derail his long-planned push to make good on an unfulfilled campaign promise.

Speaking to reporters at an economic summit, Mr. Obama suggested he still intended to submit a plan to Congress outlining a strategy to close Guantanamo, although he did not offer a time frame. The White House had hoped to send the plan to Congress this week, but the process is stalled over concern about cost estimates, officials said.

"We are going to go through meticulously with Congress what our options are," Mr. Obama said after a meeting with Canadian Prime Minister Justin Trudeau.

The comments were aimed at critics who've held up the attacks in Paris that killed 129 as fresh evidence that the U.S. cannot risk transferring the detainees either to other countries or a U.S. facility. The detention center currently holds 107 people, a number that has been inching downward as part of the administration's plan to shrink the population as much as possible before transferring a cohort to a facility in the U.S.

Obama said he expected the population could fall below 100 by early next year.

A review of possible U.S. sites for the prisoners is part of the plan the White House and Pentagon have been drafting for months. Officials said it was near completion last week, but the release was stalled. A White House official said the delay had nothing to do with the Paris attacks and the political conversation about security, but was a matter of additional research into costs. The official wasn't authorized to comment by name and spoke on condition of anonymity.

In a statement on Wednesday, the Pentagon said it was "currently working to refine additional cost estimates for different aspects of detainee operations. While we don't have a specific timeline, the plan will be delivered to Congress as soon as it is complete."

"I guarantee you there will be strong resistance," he said. "Because in the aftermath of Paris, I think that there is just a very strong tendency for us to get worked up around issues that don't actually make us safer."

Regardless of timing, the closure plan is unlikely to get much traction in Congress, where legislation prohibiting Mr. Obama from moving detainees to U.S. soil just passed with overwhelming bipartisan support. Some outside legal experts are urging the president to move ahead on his own, without congressional approval, a step that would be sure to draw intense backlash from Obama's critics.

The White House has steadfastly avoided weighing in on whether the president would consider that approach, but has pointedly declined to rule it out. Instead, his aides have said they're looking to give lawmakers every opportunity to act before considering next steps.