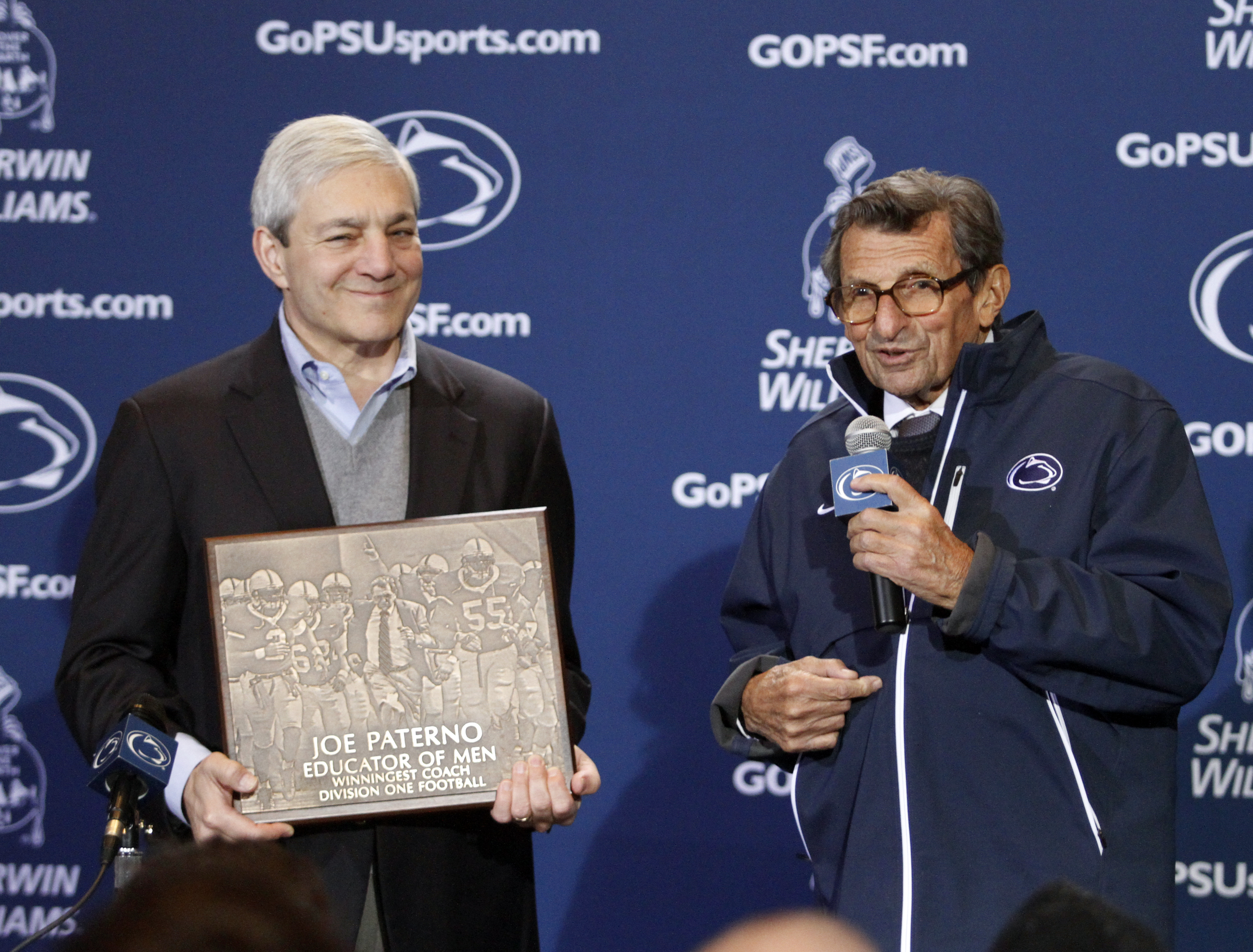 EASTON, Pa. - A newspaper is reporting that Penn State President Graham Spanier's term in office is nearly at an end.

The Express-Times reported Wednesday that a person close to the university board of trustees said Spanier will either resign or be voted out by trustees by the end of the day.

The newspaper didn't identify the person, who it said requested anonymity.

Paterno to retire at end of football season
Cops: Sandusky admitted to '98 shower with boy
Fans rally for Joe Paterno amid questions

Citing the unidentified person, it reported that an interim president, most likely Rodney Erickson, the university's executive vice president and provost, would be appointed and a search for a permanent replacement would begin.

According to the Chronicle of Higher Education, Spanier has been ordered to keep silent by the school's Board of Trustees.

"It's tearing Graham up to sit by and watch everything he's done to build up this university over nearly 17 years--and see this individual's alleged acts tear away at it," one source told the Chronicle.