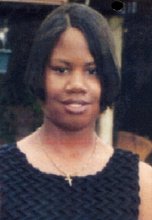 JACKSONVILLE, Texas -- Authorities say they are treating the death of a Jacksonville, Texas woman whose remains were found earlier this year as a murder investigation, reports CBS affiliate KYTX.

Before her disappearance eight years ago, 26-year-old Shunte Coleman was expected to testify against Jacksonville police officer Larry Pugh, who was being investigated on sexual assault charges.

Police said they aren't ruling out Pugh as a potential suspect.

Coleman's remains were found in March, in a wooded area of San Augustine County, not far from where the body of another woman, Terri Reyes, was found in 2007.

Reyes was also expected to testify against Pugh. He was sentenced in 2007 to 12 years in prison for rape and other charges.