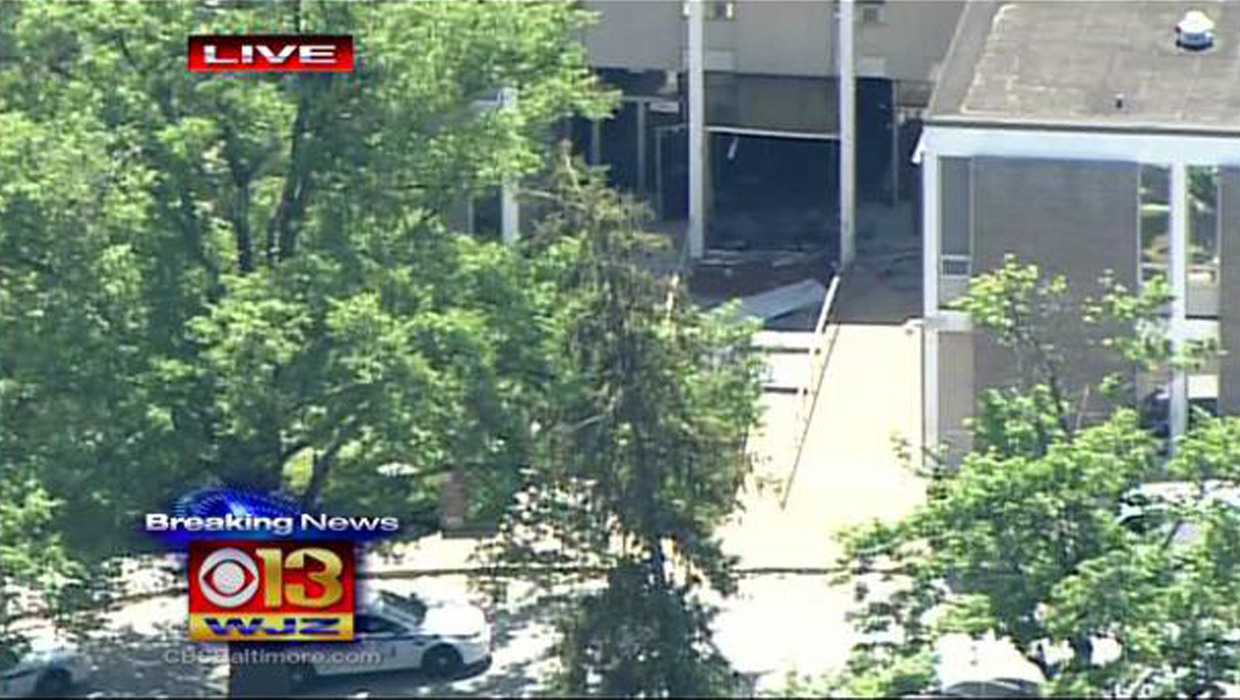 TOWSON, Md. -- A mentally ill man who jumped into an unattended truck and rammed it into a TV station outside Baltimore has been taken into custody, reports CBS Baltimore, citing Baltimore County Executive Kevin Kamenetz.

Employees say the man, 29, referred to himself as "God," reports the station. He was reportedly not armed.

The suspect reportedly began banging on the door of the station, WMAR-TV in Towson, around 11:45 a.m. He then rammed a truck several times into the building's lobby.

It's believed everyone inside evacuated safely, WMAR-TV News Director Kelly Groft told The Associated Press in a phone interview.

She said that when the truck began ramming the lobby around noon Tuesday, she screamed for everyone in the newsroom to leave.

"Once the lobby started to collapse, we knew it was time to get out," she said. "He drove right through the doors and into the main area."

The vehicle used was stolen around noon and belongs to Ashton Manor, a State Highway Administration subcontractor, reports the station.

Baltimore County Police spokesperson Elise Armacost says 55 people evacuated the building after it was rammed. Police initially said some employees may have sheltered in place, but Groft now says everyone is accounted for.

Police say they're not sure of the man's motive. A SWAT team surrounded the building and robots and dogs were used to investigate, reports CBS Baltimore.

WMAR anchor Jamie Costello said, "I could see glass, the whole wall was going through. Then I could see the beginning of the truck. Everybody was in utter disbelief of what was going on right there at that second. I don't know how in the world we got away with nobody getting hurt. I really don't. Because that lobby is packed all the time.....We were attacked."

A hole the size of several garage doors could be seen in the front of the WMAR building Tuesday afternoon.