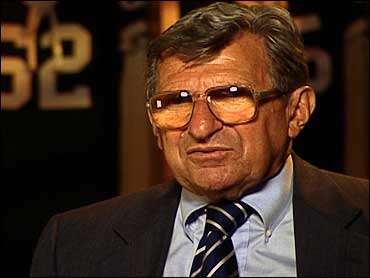 (CBS/AP) STATE COLLEGE - A high-ranking Penn State official tells the Associated Press that support for head football coach Joe Paterno is eroding among the school's board of trustees.

The person, who spoke on condition of anonymity because of the sensitivity of the topic, is familiar with the trustees' discussions but says it is unclear what the consequences for Paterno will be.

The person says a decision could come before the board meets Friday.

Meanwhile, Scott Paterno is reportedly saying that his father has had no talks with Penn State officials or trustees about stepping down. He told reporters outside his father's house Tuesday that Joe Paterno plans to not only coach in Saturday's game against Nebraska but for the long haul.