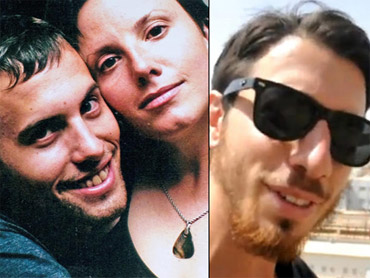 The mothers of three American hikers held in Iran on suspicion of espionage said Thursday they hope a report that their children were arrested on the Iraqi side of the border will help lead to their release.

Shane Bauer, Sarah Shourd and Josh Fattal were arrested July 31 during what their families have said was a simple hiking trip along the Iraq-Iran border. They have said if the hikers crossed into Iran it was an accident.

The Nation reported Thursday that two witnesses from a Kurdish village near the border say the Americans were on Iraqi territory when they were arrested by Iranian forces. The publication said the witnesses wouldn't allow their names to be used because they feared retaliation from Iran.

"We have to focus and assimilate this, but it's shocking," Nora Shourd, Sarah's mother, said in an interview Thursday on CNN. "It's shocking it hasn't come out in the public, that it happened to these kids, and that this is the reason they're being held."

"What it does for me is it pushes me into the hope that the Iranian authorities can investigate this, see it for what it is, and release them immediately," Cindy Hickey, Shane Bauer's mother, said in an interview with The Associated Press.

Bauer had worked as a freelancer journalist, and wrote at least one piece on Iraq for The Nation, but the publication has said he wasn't on assignment for them at the time of his arrest.

The magazine said its story was based on a five-month investigation. It described its witnesses as from Zalem, a few miles from the Iran border.

A senior State Department official, who spoke on condition of anonymity because of the sensitive nature of the case and ongoing diplomatic efforts to free the hikers, said the department was unable to corroborate The Nation's report.

The Nation's report said the witnesses followed the obviously Western hikers out of curiosity as they descended a mountain straddling the border. The witnesses said uniformed guards from Iran's national police force waved the hikers toward the Iranian side using threatening gestures and when their calls were ignored, one officer fired a round in the air. The hikers continued to hesitate, and the guards walked a few yards into Iraqi territory to arrest them, the witnesses said, according to The Nation.

The hikers' mothers have grown increasingly frustrated since traveling to Iran in May to visit their children, who were being held at Evin Prison in Tehran. Earlier this month, they demanded that Iran release the hikers or put them on trial, and said they were being used as pawns in a standoff with the U.S.

Iran's top human rights official said recently that the three would probably go on trial soon if prosecutors decide they have enough evidence.

Fattal, 28, is from Pennsylvania. Shourd, 31, is from California and Bauer, 27, from Minnesota. All three are graduates of the University of California at Berkeley.