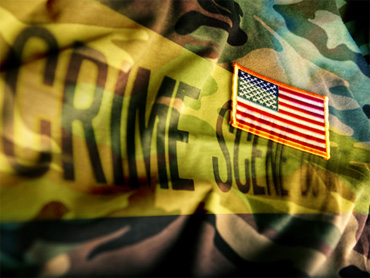 (CBS) - A group of men and women are suspected of taking over a 62-year-old disabled veteran's apartment in Southern California. They wanted to use his home for a meeting place and parties, while the man lived in fear, according to a report.

A neighbor reported that several suspected gang members had forced their way into the man's apartment and stayed there for more than a week, Santa Ana police Cpl. Anthony Bertangna said, reports the Orange County Register.

Authorities checked on the victim after he told an acquaintance he was afraid to leave his home, reports local station KABC.

Police found six men and two underage girls at the residence, all of whom were arrested.

The identities of the two juveniles, 16 and 17 years old, were not released. One of the minors was sent to juvenile hall and the other was released to her parents, reports the station.

All eight suspects were charged with false imprisonment and elder abuse.

People were going in and out of the man's apartment all week, Bertagna said. They allegedly forced the victim into his bedroom at the end of the evenings as they partied in the rest of the residence, reports the Register.

The man, who authorities say is a veteran who suffers from post-traumatic stress disorder, was reportedly afraid to leave his home, reports the Register.

According to investigators, the group didn't appear to have any previous relationship or friendship with the victim.