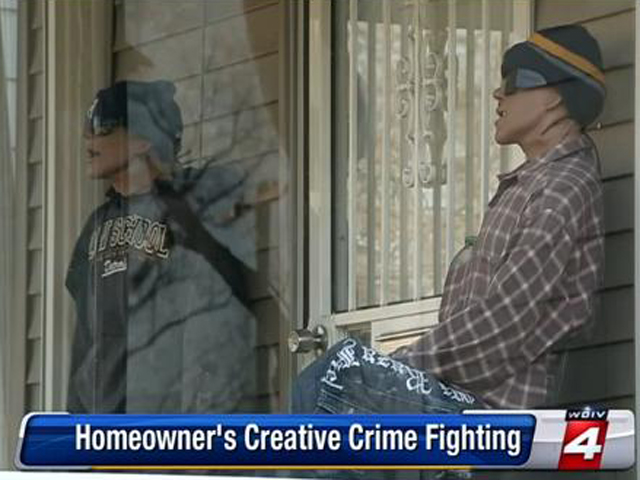 DETROIT – A man in Detroit is using CPR dummies dressed as gang members to guard his home 24/7 from burglars, reports NBC affiliate WDIV.

The homeowner, who did not reveal his identity, places the dummies in his enclosed front porch in a block were all the other homes are either vacant or burned-out, according to the station.

The owner reportedly came up with the idea after seeing the dummies at a home in a different area and after his insurance declined to cover break-in damages because of the risk around him.

In addition to the dummies, the man also had two watch dogs, spotlights, double screen doors, bars on every window and alarms.

He told the station his home has been burglarized several times but after putting the dummies up a few weeks ago, no break-in attempts have been made.