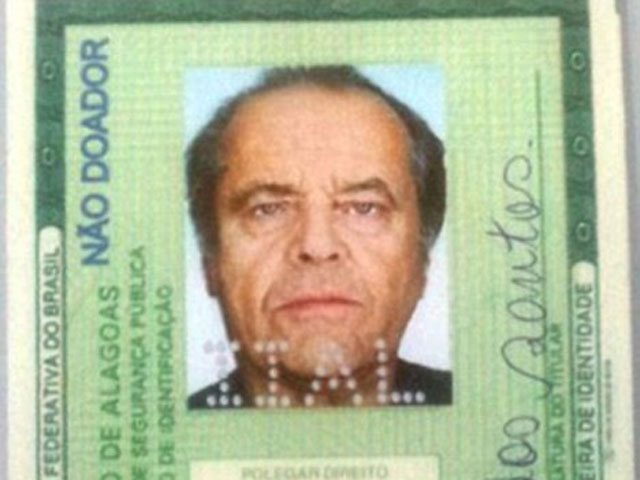 (CBS) RECIFE, BRAZIL - He couldn't handle the truth about his own identity.

A Brazilian man was arrested Tuesday after he reportedly tried to open a bank account using a fake ID featuring a photo of actor Jack Nicholson.

According to CNN, the police chief in the Brazilian city of Recife said that Ricardo Sergio Freire de Barros, 41, had been in police sights for three months after the department received several reports of fraudulent activity.

When he was arrested, Barros - who is more than 30 years younger than the Oscar-winning Nicholson - had six different IDs and several checkbooks and credit cards, reports CNN.

According to CNN, Barros didn't use Nicholson's name on the ID - instead he signed the card "Joao Pedro dos Santos."

Barros is now  in jail, awaiting trial on charges of falsification of a public document and use of false documents.