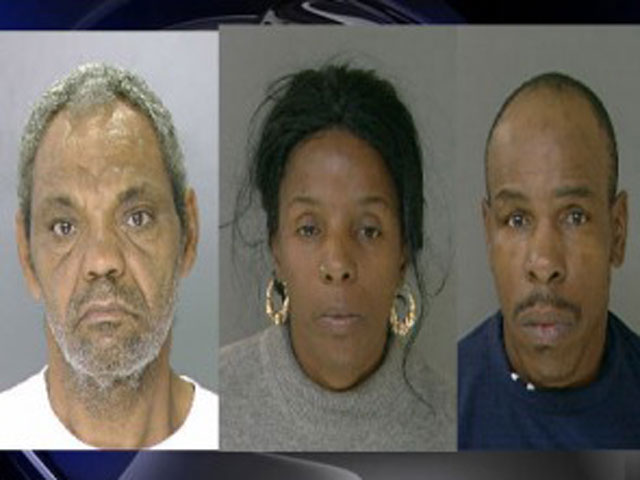 (CBS/AP) PHILADELPHIA - The brothers and sisters of Linda Ann Weston, the reported ringleader of the group who allegedly kept four mentally incapacitated adults captive in a basement in northeast Philadelphia, claim she forced them into incest and prostitution, according to a report.

Their mother died when they were little children and soon Weston took over the household. Her siblings told local station WPVI she would violently force family members to have sex with one another so they could have babies and collect government checks.

One of Weston's sisters said when she was 11 years old Weston forced her to go and prostitute herself, reports the station.

A brother of Weston told the station she would often kidnap their relatives and move them from place to place. He also claimed that she preyed on the mentally challenged. This is consistent with what police say she did in the case of making four mentally challenged adults captive to a small basement. She allegedly held them captive just so she could collect their Social Security checks.

Weston and her accomplices Gregory Thomas and Eddie Wright were arrested Saturday night for their involvement in the alleged kidnapping and are facing charges of criminal conspiracy, aggravated assault, kidnapping, criminal trespass, unlawful restraint, false imprisonment and related offenses.

Four adults -- three men and one woman -- were found locked in a room, suffering from malnutrition.

Officials say the adults, three of whom were identified as Tamara Breeden, Derwin McLemire, and Herbert Knowles, were found locked inside a room in the basement of a Philadelphia home.

The victims were there for a little over a week, but their ordeal started several years ago. Police say the victims were transported from Texas to Florida and then finally confined to the basement in northeast Philadelphia.

Police believe Weston was gaining control of her captives Social Secuirty disability checks. At the time of her arrest, she was found with at least 50 identification cards and documents, police say.

According to court documents, Weston was found guilty in 1984 for murdering her sister's boyfriend by locking him in a closet and refusing to feed him for two months. Weston was released after serving eight years.

Since Weston's arrest, police have also found eight children and four young adults linked to the defendants. They have also since been taken into protective custody after they were found at various locations around the city. Police are still working on getting DNA tests for the youths, ages 2 through 17.