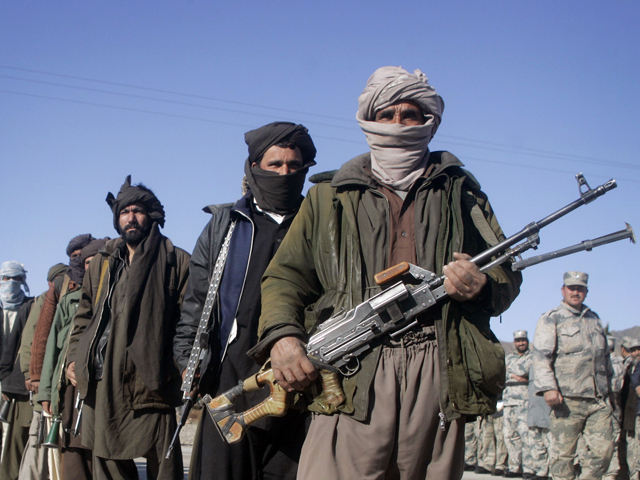 (CBS News) Apparently not understanding how rewards for capturing criminals works, a mid-level Taliban commander walked up to a police checkpoint with a wanted poster bearing his own face seeking the reward listed on it, the Washington Post reports.

Mohammad Ashan, a mid-level Taliban commander in Paktika province, demanded of the officers at the scene the $100 finder's fee listed on the poster, the Post reports.

Ashan was arrested on the spot, and is suspected of plotting at least two attacks against Afghan security forces, the Post reports.

"We asked him, 'Is this you?' Mohammad Ashan answered with an incredible amount of enthusiasm, 'Yes, yes, that's me! Can I get my award now?'" SPC Matthew Baker told the Post.

A biometric scan later confirmed that Ashan was indeed a wanted man.

"Clearly," one U.S. official told the Post, "the man is an imbecile."

Just across the border in Pakistan, a much higher bounty produced a bout of very public mocking by the extremist being sought.

At the beginning of April, Hafiz Mohammad Saeed, the 61-year-old founder of the militant group Lashkar-e-Taiba, made fun of the purported $10 million bounty placed on his head by the U.S.

"I am here, I am visible. America should give that reward money to me," he told reporters, mocking Washington for placing a bounty on a man whose whereabouts are no mystery. "I will be in Lahore tomorrow. America can contact me whenever it wants to."

As of the writing of this report, Saeed is still free.