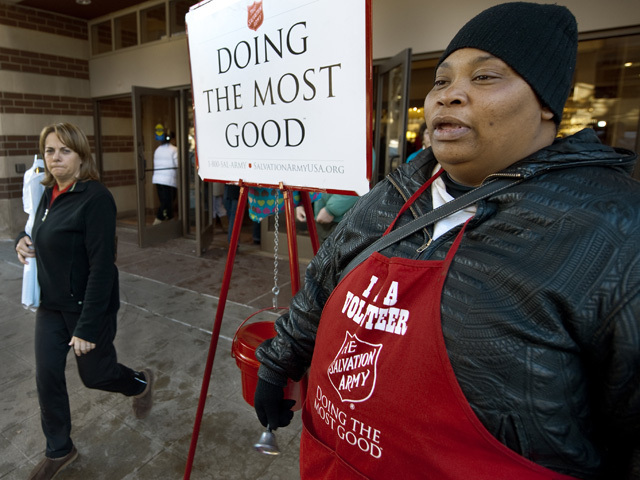 (CBS News) WASHINGTON - Although most Americans are sympathetic to the plight of poor people, many think poverty is caused by laziness, according to The Salvation Army.

In a new report "Perceptions of Poverty" released Wednesday, some 27 percent of Americans said they believe people are poor because they are lazy, not due to economic circumstances.

Forty-three percent of Americans surveyed said they believe people living in poverty can always find a job if they really want to work. The findings are based on a survey of more than 1,000 Americans conducted in February 2012.

"This report highlights the critical issue of poverty at a time when many Americans are struggling to get by," said Major George Hood, National Community Relations and Development Secretary for The Salvation Army. "It is more important than ever to raise awareness of not only the public's perception of poverty, but also the programs available to those in need."

According to the survey commissioned by The Salvation Army and conducted on Vision Critical's Springboard America panel, 38 percent of Americans have requested some type of help including food or financial assistance from a charity, with as many as 13 percent reporting having spent a night on the street or in a shelter.

Additionally, a majority of Americans sympathize with the challenges low-income Americans face, with 88 percent saying they deserve help.

Eighty-four percent of Americans believe it is almost impossible to survive on minimum wage, while 60 percent think it is difficult to escape poverty and that helping poor children sets them on a path to success.

However, a significant minority of Americans are skeptical. Forty-nine percent of Americans believe a good work ethic is all a person needs to escape poverty. Around three in 10 said poor people usually have lower moral values.

The Salvation Army reported a record 49.1 million, or 15 percent, are living in poverty today in the U.S.

The survey shows a person's income affects their perception of poverty. Americans who earn less than $25,000 a year believe a higher number, some 40 percent, of the population lives in poverty, while those who earn at least double that, or $50,000 a year believe only 27 percent live in poverty.