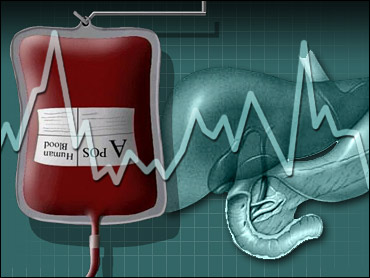 About one-fifth of the nation's organ transplant centers don't meet federal standards for patient survival or perform the required minimum number of operations annually, according to an analysis by the Los Angeles Times.

The U.S. Centers for Medicare and Medicaid Services has allowed 48 heart, liver and lung transplant centers to continue operating despite sometimes glaring and repeated lapses, the Times reported Thursday. There are 236 approved centers nationwide.

The newspaper found that between 2002 and 2004, these programs had 71 more patients die than expected within a year of a transplant, as determined by federal standards that are adjusted for the condition of the patients and the organs.

"The bottom line message is that there are too many programs in the United States that need to be shut down," said Dr. Mark L. Barr, a cardiothoracic transplant surgeon and president of the International Society for Heart and Lung Transplantation.

Medicare, which funds most of the nation's transplant centers, requires programs to perform a minimum number of transplants and to achieve a specific survival rate to be certified for funding.

The agency has the authority to revoke centers' certifications and funding, but the paper found that it rarely does.

Since 2000, the Times' investigation found, 11 transplant centers have had their funding cut — and nearly all of those centers had already shut down their operations. The Times found one case where Medicare did not de-certify a facility for eight months after it shut down.

Representatives of some of the 48 programs said they should be given the time to boost their numbers or fix problems that led to unexpected patient deaths. They also said it was impossible to judge a transplant program based on numbers from just a few years.