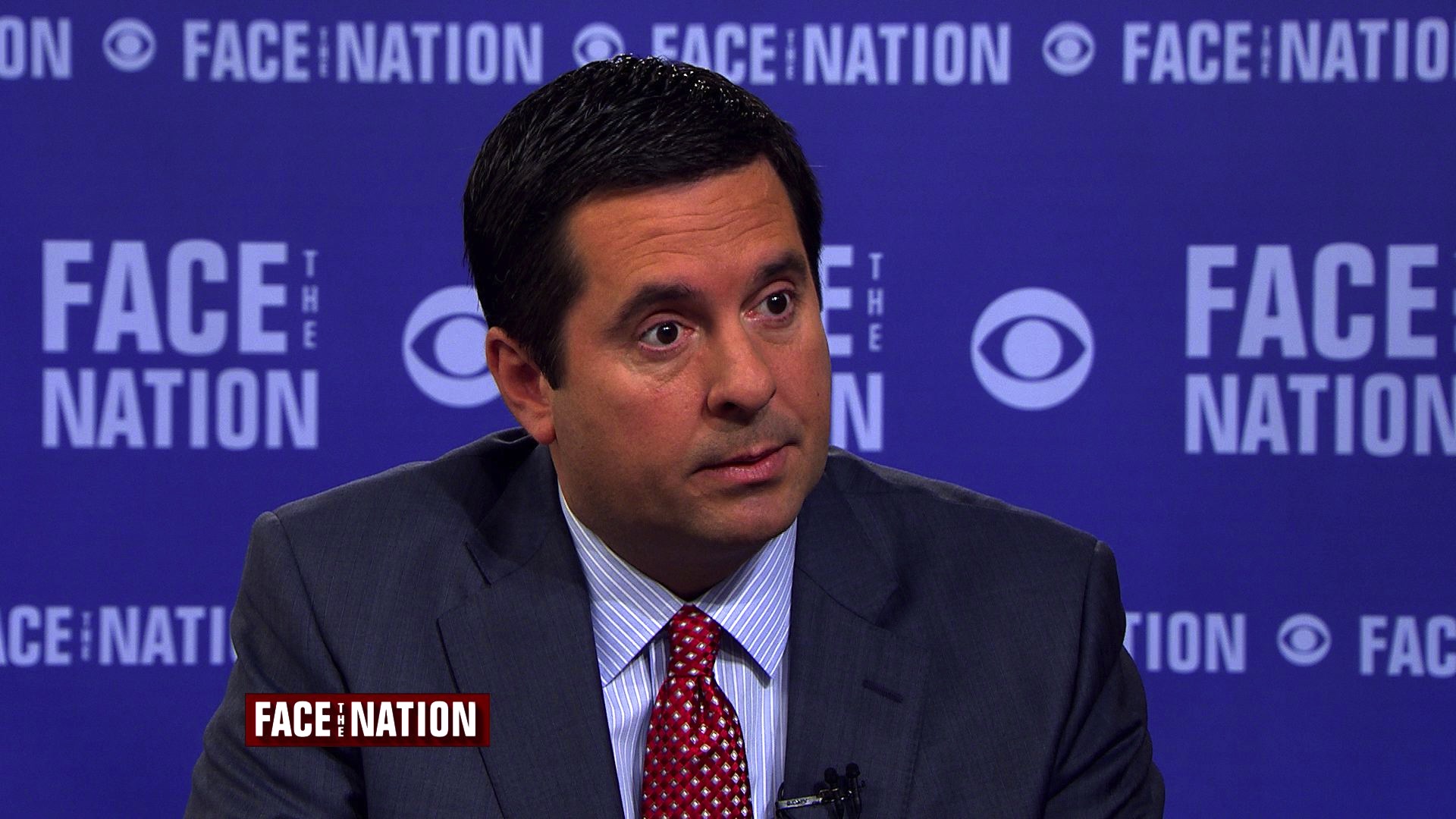 House Intelligence Committee Chairman Devin Nunes, R-California, said the nation faces "the highest threat level we have ever faced in this country" due to the flow of foreign fighters to and from Iraq and Syria and the radicalization of young people on the Internet.

U.S. officials have been warning for months about the threat posed by people from America or Western Europe who travel to the Middle East to fight with the Islamic State of Iraq and Syria (ISIS) and then return to their home countries, where they may carry out attacks. Nunes said the U.S. is not aware of all the people who have made the trek or who have now come back, although FBI Director James Comey has said there are cases open in all 50 states.

"They're very good at communicating through separate avenues where it's very difficult to track," he said. "That's why when you get a young person who is willing to get into these chat rooms, go on the Internet and get radicalized, it's something we are not only unprepared [for], we are also not used to it in this country."

He said that investigations often "do no good" in encrypted chat rooms where those communications take place, so Americans should be diligent about reporting suspicious activity to the proper authorities because "we are having a tough time tracking terrorist cells within the United States."

The warnings are particularly pertinent with the July 4 holiday approaching. Nunes noted that there will be large gatherings in every city across America.

"It's just tough to secure those types of areas if you have someone who wants to blow themselves up or open fire or other threats of that nature and we just don't know or can track all of the bad guys that are out there today," he said.

Weighing in on the shooting in a historic black church in Charleston, South Carolina last week, Nunes said, "you could easily call it domestic terrorism" as a layman.

"Clearly it was a hate crime from my book and clearly racism," he said. "You have to leave it up to the prosecutors for the legal definition of how this guy will be charged. At a minimum, he's going to serve life in prison and possibly receive the death penalty."