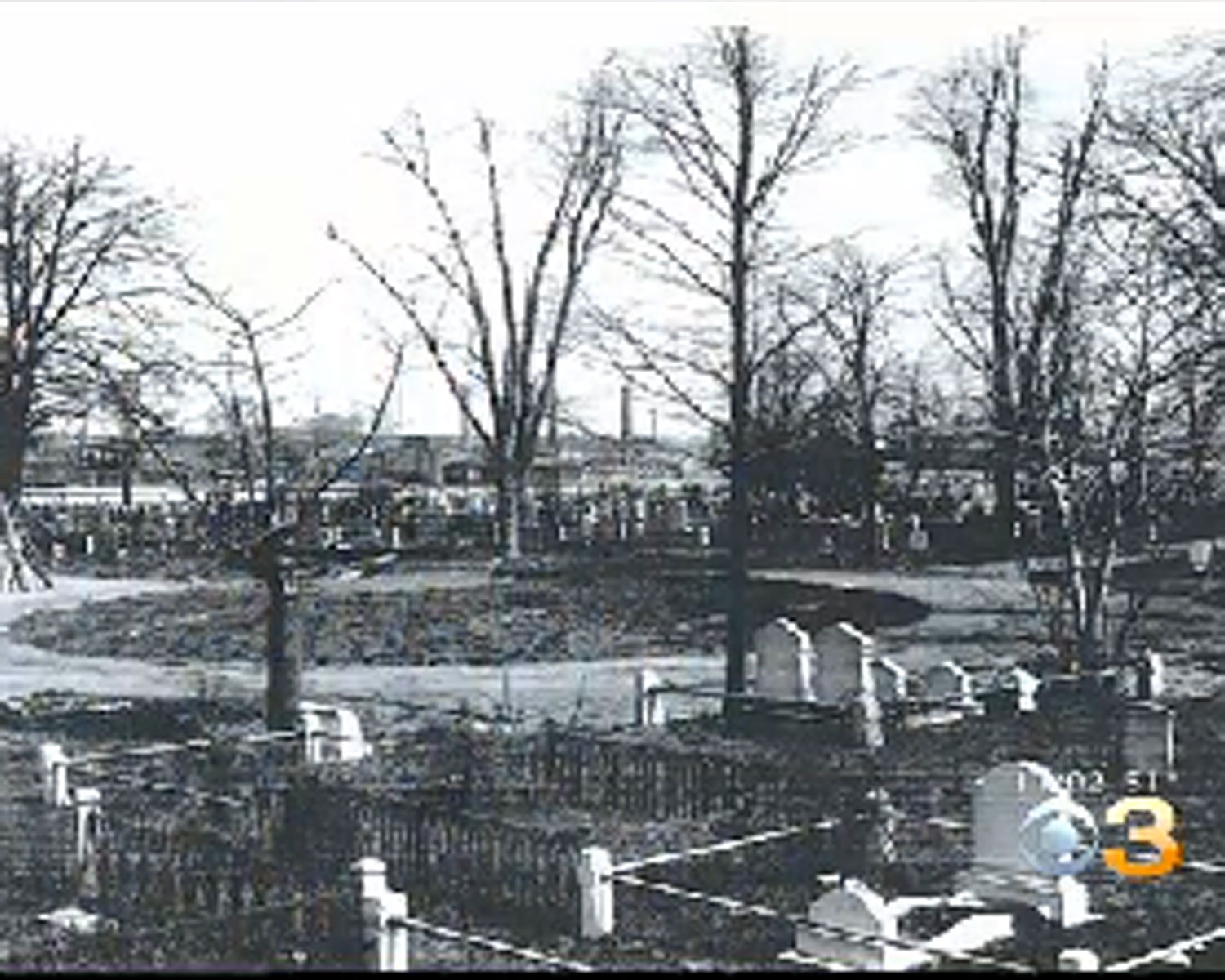 (CBS/AP) PHILADELPHIA - Construction crews working at a Philadelphia school playground stumbled upon remnants of a cemetery that wasn’t supposed to be there anymore.

The remains might have been interred at the Odd Fellows Cemetery that existed at the site for nearly one-hundred years, until the 1950s, records indicate.

Gallard said the cemetery shut down to make way for a large public housing project. The school was built in 1954; it currently serves about 330 students in kindergarten through eighth grade.

Two women whose family members were buried at the cemetery spoke with CBS Philly about the discovery.

She recalled, “They wanted to build more houses there, and that’s why they were moving…”

Grano’s sister, Stella, and father, Joseph, were buried on the Odd Fellows site.

“It’s shocking after all these years we’re now finding this out,” Ganzelli added.

According to CBS Philly, the discovery happened Tuesday afternoon while water department crews were  doing excavation work as part of the playground improvements.

The station says published reports indicate 80,000-plus bodies once lay buried in Odd Fellows Cemetery, and that in 1999 human remains were previously found on the site during construction work at that time.

Ganzelli added, “It makes me wonder whether they were even moved. Where is my family? I want to know, and we’re going to find out.”

The family says that for now, all they have is a letter from the cemetery stating the transfer was completed.

City officials say they are investigating.

The school district said the playground rehabilitation project has been put on hold while an archaeologist examines the site.