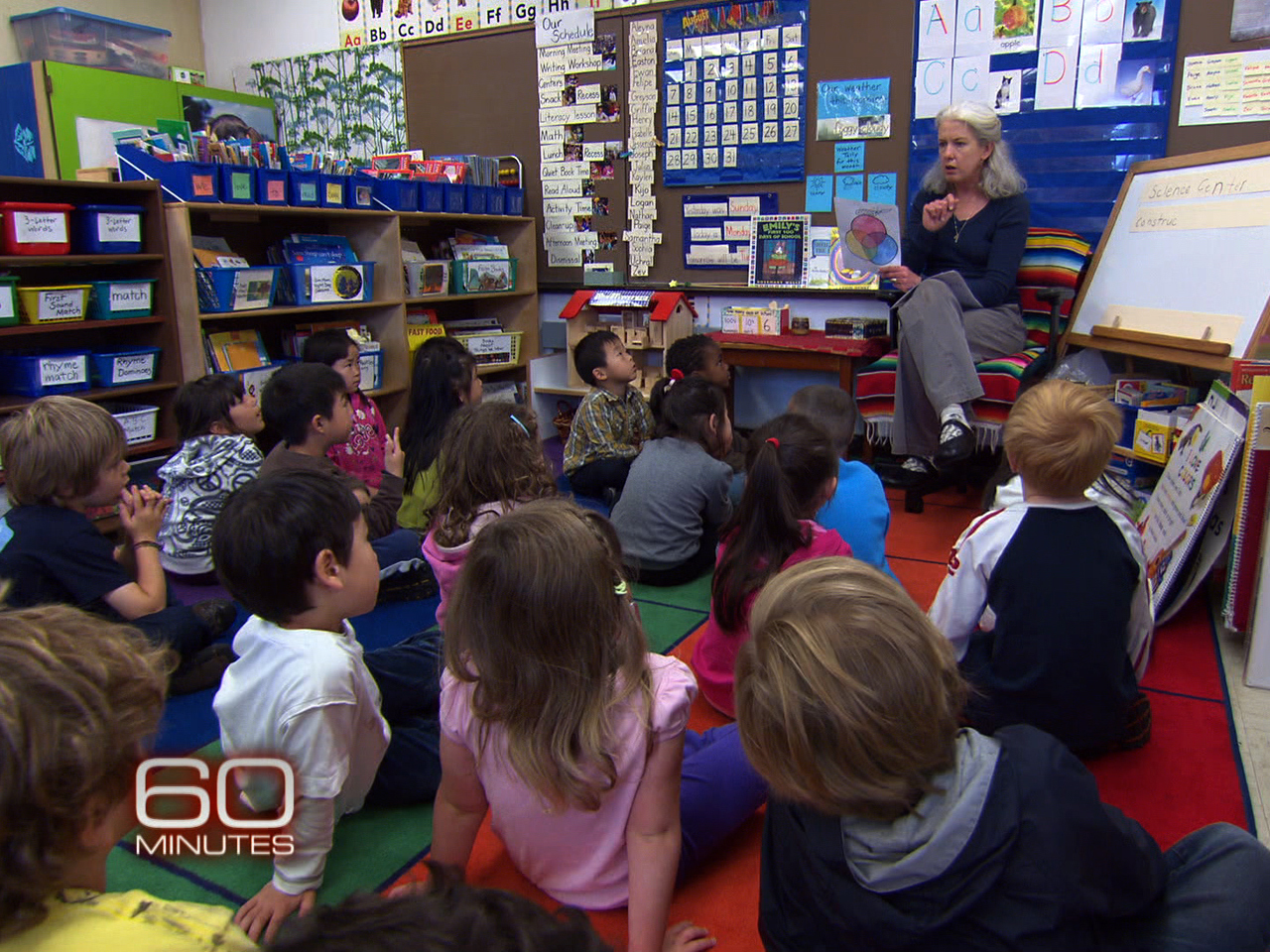 (CBS News) Kindergarten "redshirting" is on the rise. The practice of holding back children with late birthdays so they can be the oldest instead of the youngest in class is getting so popular that today nearly a quarter of the kids in some kindergarten classes are aged 6, not 5. Morley Safer reports on this rising trend, which many say gives children an advantage over their younger peers on 60 Minutes Sunday, March 4 at 7 p.m. ET/PT.

Megan Hoffecker's son Barrett was born in August, so he would have been just 5 starting kindergarten in September. She put him in a preschool instead and waited to enroll him in kindergarten the next year as a 6-year-old. "We wanted to give him that extra year of growth for both size for later on, as well as maturity for him," she tells Safer.

Hoffecker believes being one of the oldest in class is an advantage. "I would prefer he be...older...and become a leader in his environment, rather than younger and be more of a follower," says Hoffecker. It also gives young Barrett an advantage in sports, too. "That one year has made a huge difference for him," she says.

Many parents told 60 Minutes that there is often pressure to redshirt when a child has a late birthday. Holly Korbey resisted the urgings to hold back her boy, Holden. "Several parents said to me, 'Don't you want him to be competitive?' And I said 'He's 4. I don't even know if he likes sports.'" Korbey says Holden did just fine as one of the youngest kids in his kindergarten class. "He gets excellent grades...never had a behavioral problem...has lots of friends."

There is a best-selling book, "Outliers" by Malcom Gladwell, that's driving much of the redshirting says Korbey. Gladwell's book points out the "cumulative advantage" of an age benefit that builds momentum with each successive year. "You're slightly better positioned when you're 7 and that means you're slightly better positioned when you are 8, and so on," says the author. Gladwell cites research that says kids who are the oldest in their class do better in school and sports than their younger classmates.

But Samuel Meisels, president of Chicago's Erikson Institute, said redshirting can cut both ways. He cites research saying that older kids can sometimes develop behavioral problems because the work is too easy for them. "We see more dropouts among children who are held out. We see less achievement, despite the fact some research shows it one way...the research is split on this," Meisels tells Safer. "And there's another moral lesson...which I know most parents don't want to hear. And that is this is inequitable," says Meisels, referring to the fact many cannot afford to send their kids to a private preschool for the year they are held out.

Korbey offers this advice: "Have your babies in the wintertime...then you will get to avoid this issue completely!" she tells Safer.