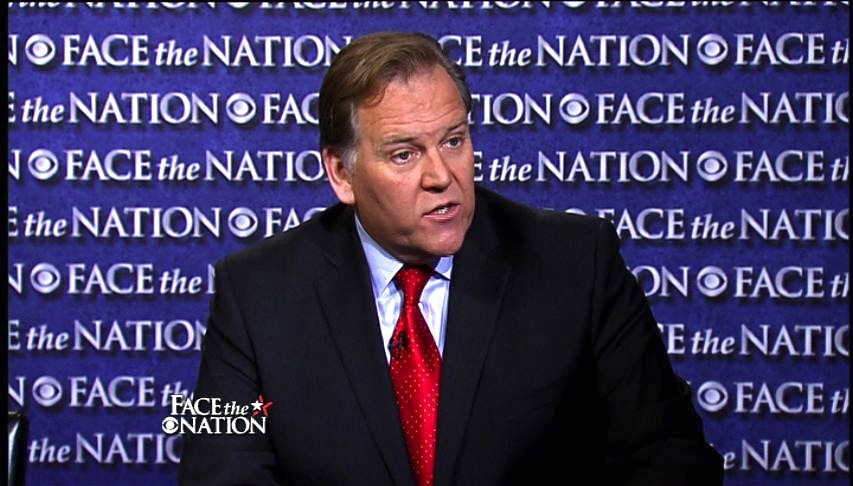 Amid debate over an alleged chemical weapons attack out of Syria last week, President Obama during a visit to Israel doubled down on his claim that such an attack would be considered a "game changer" for his administration, but qualified that it's important to find out "precisely whether or not this red line was crossed" before making a decision that could lead to an act of war.

"I think that it is abundantly clear that that red line has been crossed," Rogers said. "There is mounting evidence that it is probable that the Assad regime has used at least a small quantity of chemical weapons during the course of this conflict."

Though a senior administration official has said intelligence this week suggests weaponized chemicals were not used in the recent strike, Rogers said the fact that President Bashar al-Assad has ordered scud missile attacks on civilians "in and of itself should prompt action." The "wholesale slaughter" of Syrian rebels and civilians, he said, "is now spilling up to the doorstep of Israel."

"This is a growing, destabilizing event in the Middle East," Rogers continued. "Our Arab League allies talk to us frequently, and they are as frustrated as I have seen them because of the lack of U.S. leadership at the time table." Senior Arab diplomats this morning announced the Arab League has decided to transfer Syria's seat away from Assad and to opposition forces.

Rogers said Mr. Obama "can do this in a way that doesn't lure the United States into a big, boots-on-the-ground conflict." Intervention, he said, "doesn't mean 101st Airborne Division and ships; it means small groups with special capabilities reengaging the opposition, so we can vet them, train them, equip them so they can be an effective fighting force."

Appearing on a panel later in the program, New York Times columnist Tom Friedman advised the administration to be "very, very careful" as it moves forward with its decision.

"The Syrian problem is the problem from hell," Friedman said. "You've got this Assad regime that has been ruling Syria since the late '60s, that family. And it does still have support. ...At the same time you have this rebellion against this regime.

"The rebellion has three different streams: There's one stream that wants to truly be citizens, people we would really identify with - a Syria where people have rights and responsibilities," he continued. "There is another group that wants Syria to be more sectarian; they want Sunni Muslims in charge. Let's remember, the biggest supporters of the Syrian rebellion are Saudi Arab and Qatar. These are two fundamentalist monarchies. Do you really think they're there for democracy? Then you have a third group that wants Syria to be more Islamist. So, as the congressman said, we do not have a unified opposition."