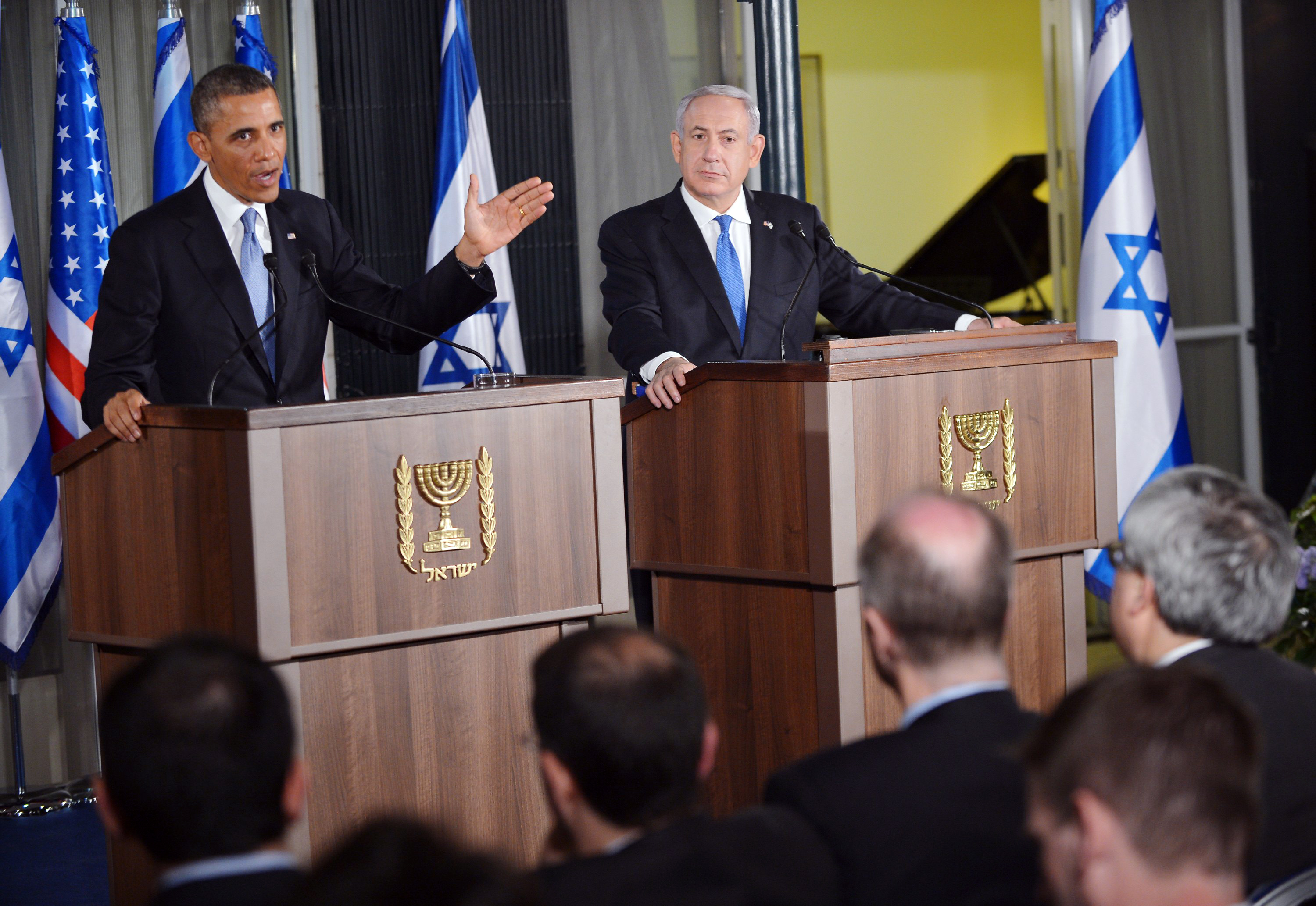 Amid ongoing debate over an alleged chemical weapons attack out of Syria yesterday, President Obama is doubling down on his assertion that such an attack would be considered a "game changer" for his administration - but the president also emphasized the importance of finding out "precisely whether or not this red line was crossed" before making a decision that could lead to an act of war.

"In Syria right now you've got a war zone. You have information that's filtered out, but we have to make sure that we know exactly what happened, what was the nature of the incident, what can we document and what can we prove," he said. In what could be read as a veiled reference to the non-existent weapons of mass destruction (WMD) in Iraq, which the Bush administration used as justification for an invasion in the country, Mr. Obama added: "I think having the facts before you act is very important."

In a development that has cast a shadow over his visit to Israel, the Syrian government yesterday accused Syrian rebels of firing a chemical weapon in the north of the country, killing at least 25 people in the Aleppo province. But rebels denied the report, instead accusing regime forces of firing the chemical weapon on a long-range missile.

Neither of those allegations have been verified, but Mr. Obama said today he was "deeply skeptical of any claim" that the opposition had "used chemical weapons."

"Once we establish the facts I have made clear that the use of chemical weapons is a game changer," Mr. Obama said. "But I do think that when you start seeing weapons that can cause potential devastation and mass casualties and you let that genie out of the bottle then you are looking potentially at even more horrific scenes... The international community has to act on that. " He declined to say what that action might look like if it turns out chemical weapons were, in fact, used.

The president, whose trip to Israel has been in large part an effort to rebuild a recently-tense relationship with Netanyahu, reaffirmed U.S. commitment to Israel, and announced new talks for a ten-year process for ensuring continued military assistance to military.

"I think this is very significant," said Netanyahu, reiterating the point later on in the press conference.

Both leaders spoke of a common vision for preventing Iran from developing a nuclear arsenal, and dismissed the idea that the two countries have any "daylight" on the subject.

"Our intelligence cooperation on this issue, consultation between our militaries and our intelligence, is unprecedented. And there is not a lot of light - a lot of daylight between our countries' assessments in terms of where Iran is right now," Mr. Obama said, on the subject of Iran's efforts to develop a nuclear weapon.

The president stressed, as he has many times in the past, that he would prefer to resolve the issue with Iran diplomatically but that he would not hesitate to go beyond that if necessary. Netanyahu said he was "absolutely convinced" Mr. Obama was sincere in that statement.

"I'm absolutely convinced that the president is determined to prevent Iran from getting nuclear weapons," he said.

The president also expressed an ongoing commitment to furthering the peace process between Israel and the Palestinian Authority, but acknowledged the difficulties of the problem at hand, and said his goal right now is to "make sure that the United States is a positive force in trying to create" opportunities for making progress.

In his first trip to the region as president, Mr. Obama went to Israel mindful of recent tensions with Netanyahu: Mr. Obama sparred frequently with the Israeli president during his first term, and Netanyahu was believed to back Mr. Obama's Republican rival, Mitt Romney, in the 2012 election; meanwhile, the president paid no lip service to Israel with his nomination of Chuck Hagel to be defense secretary, given Hagel's controversial past statements about Hezbollah, Iran, and pro-Israel lobbies.

Still, the two appeared to have made some headway - at least personally - by the end of their meeting: In remarks opening the press conference, both presidents ribbed each other for being less attractive than their respective wives, a telltale sign of affection on the president's part.