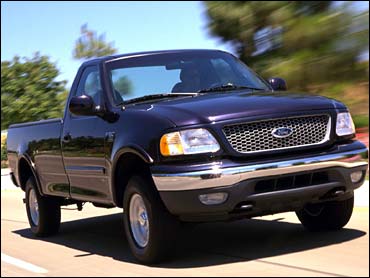 The National Highway Traffic Safety Administration and the No. 2 U.S.-based automaker have been investigating complaints of engine fires linked to the switch.

In August, CBS News Correspondent Sharyl Attkisson reported that a Ford test video, turned over as evidence for a lawsuit, showed how a switch can catch fire. Attkisson also noted that despite warnings

some owners did not seek repairs
.

NHTSA has received more than 550 complaints of engine fires from the cruise control switch. There have been allegations of three deaths in cases cited in news reports or lawsuits in Iowa, Georgia and Arkansas.

"We have a solution that fixes the problem and we're confident that this is going to be the right remedy," said Ford spokeswoman Kristen Kinley.

Ford said its inquiry found that brake fluid could leak through the cruise control's deactivation switch into the system's electrical components, leading to potential corrosion. The corrosion could lead to a buildup of electrical current which could cause overheating and a fire.

Dealers will install a fused wiring harness to act as a circuit breaker in the system. The company said the harness would cut off electrical current to the switch if the current increases.

The concerns over the engine fires led to a recall in January of nearly 800,000 vehicles from the 2000 model year.

The Ford F-series truck has been the best-selling full-size pickup for nearly three decades. In July, when the company offered its employee discount to all buyers, Ford's F-series set a record for the highest monthly sales of any vehicle since the 1920s with total sales of 126,905 trucks, or an average 4,880 each day for the 26 sales days that month.

The Ford and Toyota recalls come a little more than a week after General Motors recalled nearly 800,000 trucks and SUVs because of problems with the anti-lock braking systems.