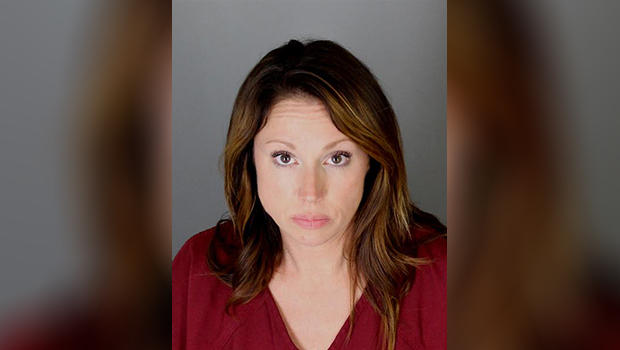 PONTIAC, Mich. -- A suburban Detroit woman was handcuffed Wednesday and sent to a jail for seven days for failing to follow an agreement to have her 9-year-old son vaccinated.

An Oakland County judge noted that Rebecca Bredow agreed to the immunization last November. Her ex-husband wanted their son vaccinated, but Bredow is the primary caregiver.

"I understand you love your children. But what I don't think you understand is that your son has two parents, and dad gets a say," said Judge Karen McDonald, who found Bredow in contempt of court.

"It's clear to me that you don't care about orders even if you agree to them, which you did," the judge said. "Your attorney signed that order."

Bredow, a Ferndale resident, said she takes "full responsibility" for her actions. She said vaccinations go against her beliefs and she should have raised her objections sooner.

"I'm a passionate mother who cares deeply about my children, their health and their well-being ... If my child was forced to be vaccinated, I couldn't bring myself to do it," Bredow said.

The judge said Bredow has a history of making child-rearing decisions without consent from her ex-husband. McDonald granted temporary custody to him and ordered the boy to be properly vaccinated.

Tasha Shurgin was among protesters gathered outside the courthouse, CBS Detroit reports

"I don't think that going to jail is ever good, but I think it's important that people stand for what they believe," she told CBS Detroit. "I don't think she could life with herself; I know I couldn't live with myself if I was forced to make a decision that goes against everything I believe in."