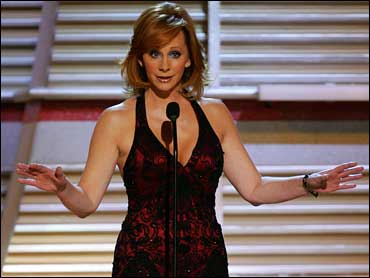 Reba McEntire's "Reba Duets" has debuted at No. 1 on Billboard's 200 Top Albums, her best first-week showing on the chart.

"I am beyond thrilled to have my biggest sales week ever with my 31st album," the 52-year-old country singer said in a statement Wednesday. "To get to share it with all my friends on this duets project is icing on the cake."

"When the consummate superstar gets her creative juices flowing, we all look like geniuses," Luke Lewis, chairman of the Universal Music Group Nashville, said in a statement.

During her 30-year career, McEntire has had many No. 1 hits including "Little Rock," "New Fool at an Old Game" and "The Heart Won't Lie."