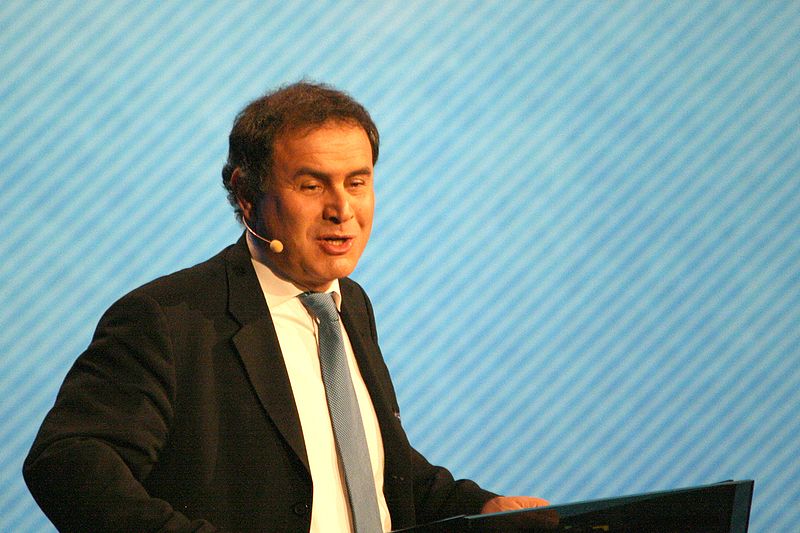 Certainly, the nascent economic recovery here in the states looks real. In the latest sign of improvement, a new report out of the Federal Reserve Bank of New York shows that manufacturing in the state is growing at its fastest rate in nine months. Highlighting the improving conditions, 51 percent of New York businesses expect to hire over the next six to 12 months, while only 9 percent are predicting layoffs. That comes on top of other hopeful signals in recent months, notably stronger job-creation.

The news in Asia and at least parts of Europe is also mildly more encouraging. In China, the economy is slowing, but not as much as feared. That is raising optimism that growth in the People's Republic will remain strong enough this year to avoid tipping the global economy into recession (As an aside, that still robust growth is also making China the world's biggest market for sales of Rolls-Royces). In Germany, meanwhile, investor confidence is rising despite ongoing concerns about the fate of the eurozone.

Hold the bubbly, warns New York University economist Nouriel Roubini, who famously predicted the housing crash. He predicts in a recent piece that U.S. economic growth will remain weak through the end of the year. Here's why:

U.S. consumers are still struggling with flat incomes, shrinking wealth and heavy debt. Although disposable income is growing modestly, largely because of tax cuts and increased federal aid, that isn't sustainable. Inevitably, the government will have to raise taxes and reduce transfer payments, Roubini says, noting that personal consumption is already weakening.

Correct. Retail sales fell dramatically in December, growing an anemic 0.1 percent. Many Americans also are sustaining their spending by using savings, dipping into their retirement funds and firing up their credit cards. The modest pick-up in income and employment doesn't warrant such borrowing, experts warn.

Income inequality is reducing consumption growth. In the U.S., consumers account for 70 percent of economic activity. For that nation, that makes concerns over how income is distributed a matter of economic survival. Simply, the country can't flourish so long as "income shares shift from those with a higher marginal propensity to spend (workers and the less wealthy) to those with a higher marginal propensity to save (corporate firms and wealthy households)," Roubini says.

The labor market remains weak. Although private job creation has rebounded in recent months, the U.S. economy still isn't producing enough work to make a big dent in unemployment. Worse, a whopping 40 percent of the unemployed have been jobless for six months, making it harder for them to return to the labor force.

Housing is still on the rocks. The residential real estate sector may no longer be in free-fall, but prices are still likely to sink this year as the supply of homes continues to outstrip demand. Roubini predicts that up to 40 percent of U.S. households with a mortgage could end up "underwater" on their properties. That will cause foreclosures to surge, keeping a lid on home prices, and drain people's purchasing power, hurting consumer confidence.

Gridlock in Washington limits the government's options for spurring growth. With Democrats and Republicans already manning the trenches, don't expect our political leaders to accomplish much before the November presidential election. If anything, the shooting war over hot-button issues such as payroll taxes and unemployment benefits is certain to intensify in the coming months, further delaying the kind of public policy measures needed to speed the recovery.

In other words, the U.S. isn't close to being out of the woods. As Roubini puts it:

Most importantly, the U.S. -- and many other advanced economies -- remains in the early stages of a deleveraging cycle. A recession caused by too much debt and leverage (first in the private sector, and then on public balance sheets) will require a long period of spending less and saving more. This year will be no different, as public-sector deleveraging has barely started.