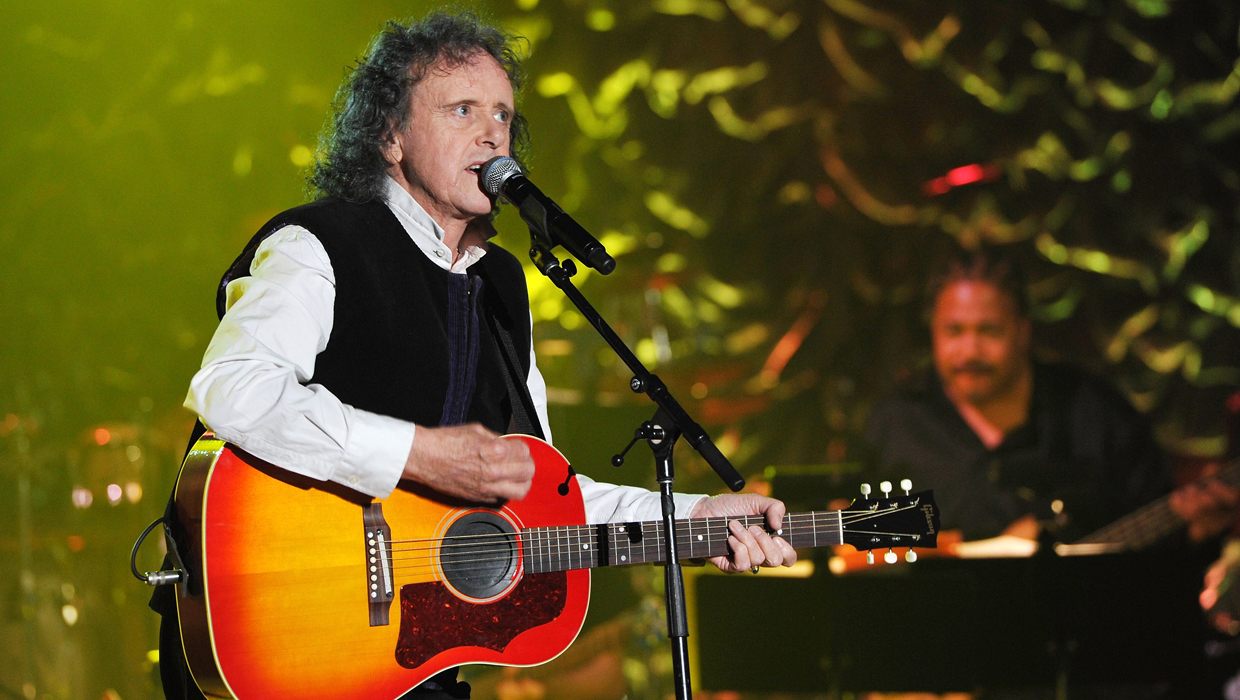 A death in Ray Davies' family didn't allow the singer to attend the Songwriters Hall of Fame on Thursday, but Jon Bon Jovi closed the three-hour event by performing Kinks hits such as "You Really Got Me" and "All Day and All of the Night."

Davies, who was dealing with his sister's death, accepted the honor in a video, saying he was proud to be part of the 2014 class that included Donovan as well as songwriters Jim Weatherly, Graham Gouldman and Mark James.

Roseanne Cash played double duty at the ceremony in New York City. She sang her father's "I Still Miss Someone" to honor BMI President Del Bryant -- where she grew emotional -- and she performed "Catch the Wind" with Donovan following his induction.

"American Idol" champ Candice Glover sang an impressive version of "Midnight Train to Georgia," one of many songs Weatherly -- a former quarterback for the University of Mississippi -- wrote.

"I always assumed I'd be a football coach," he told the crowd at the Marriott Marquis.

A Great Big World, the duo behind the recent Christina Aguilera-assisted hit "Say Something," performed 10cc's "I'm Not In Love" to pay tribute to Gouldman, the English songwriter who wrote the Yardbirds' "For Your Love" and the Hollies' "Bus Stop." And Martina McBride performed "Suspicious Minds," a No. 1 Elvis Presley hit James wrote.

The Philadelphia duo, inducted into the Songwriters Hall in 1995, earned a spot in the Rock and Roll Hall of Fame in 2008.

"What's next, an Oscar?" Kenneth Gamble said to laughs.

Imagine Dragons frontman Dan Reynolds received the Hal David Starlight award and performed a slow, piano version of the Grammy-winning "Radioactive," which he wrote along with his bandmates.

The 26-year-old musician said songwriting strengthened his relationship with his father, who Reynolds said worked a lot because he was raising nine children.

"Every song I write I play it for him," the singer said. "It's bonded us in a way that sometimes time wasn't able do."

Reynolds added that music also is bringing him closer to his nearly 2-year-old daughter Arrow, who he named after Harry Nilsson's song "Me and My Arrow."