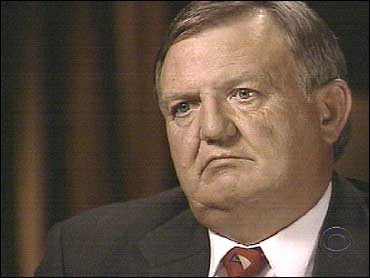 CBS has news about the questions surrounding documents aired on the evening news broadcast, and on the Wednesday edition of 60 Minutes on Sept. 8, 2004.

The documents purported to show that President George W. Bush received preferential treatment during his years in the Texas Air National Guard.

At the time CBS News fully believed the documents were genuine. Tonight, after further investigation, we can no longer vouch for their authenticity.

The documents were provided to CBS News by a former commander in the Texas Air Guard, Bill Burkett. He did not come to CBS News, a CBS team went to him and asked him for the documents.

Burkett is well known in National Guard circles for a long battle over his medical benefits, and for trying for several years now to discredit President Bush's military service record.

Why did Burkett tell CBS News something he now says is not true? CBS News put the question to him.

Dan Rather: "Why did you mislead us?"

Bill Burkett: "Well, I didn't totally mislead you. I did mislead you on the one individual. You know, your staff pressured me to a point to reveal that source.

Rather: "Well, we were trying to get the chain of possession."

Burkett: "I understand that."

Rather: "And you said that you had received them from someone."

Burkett: "I understand that."

Rather: "We did pressure you to say well, you received them from someone …"

Rather: "And it's true. We pressured you. It was a very important point."

Burkett: "And I simply threw out a name … that was basically I guess to take a little
pressure off for a moment."

Rather: "Have you forged anything?"

Rather: "Have you faked anything?

Rather: "But you did mislead us."

Rather:: "You lied to us. Why would I, or anyone, believe that you wouldn't mislead us about something else?"

Burkett: "I could understand that question. I can't. That's gonna have to be your judgment and anybody else's."

Burkett still insists the documents are real, but says he was in no position to verify them.

Burkett: "I also insisted when I sat down with your staff in the first face-to-face session, before I gave up any documents, I wanted to know what you were gonna do with them. And I insisted they be authenticated."

The failure of CBS News to do just that, to properly, fully scrutinize the documents and their source, led to our airing the documents when we should not have done so. It was a mistake. CBS News deeply regrets it. Dan Rather also said personally and directly on the evening broadcast, "I'm sorry."

CBS News President Andrew Heyward has ordered an independent investigation to examine the process by which the report was prepared. The results of that investigation will be made public.

This was an error made in good faith as we tried to carry on the CBS News tradition of asking tough questions and investigating reports, but it was a mistake.