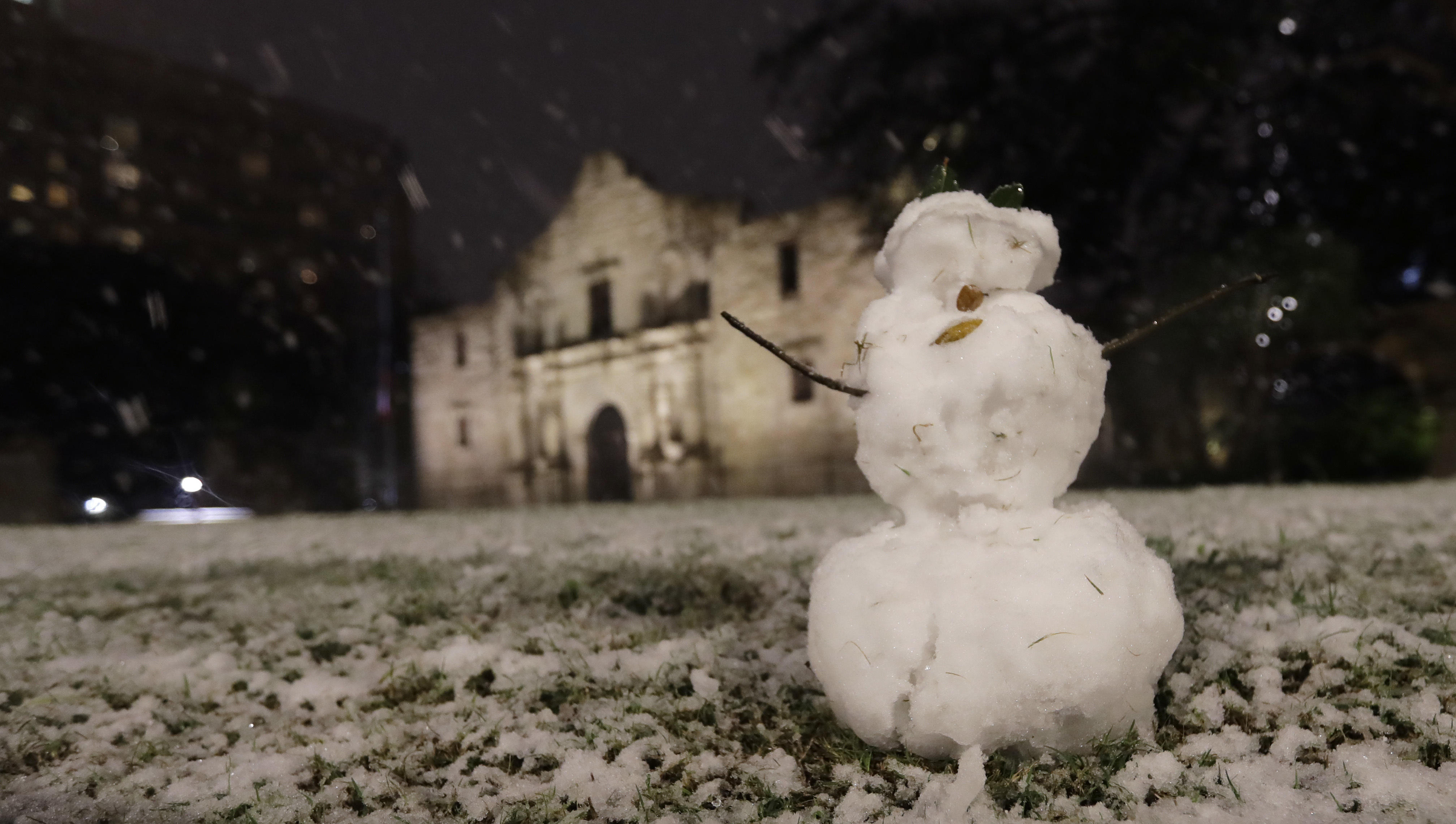 SAN ANTONIO -- Frigid temperatures behind a cold front combined with moisture off the Gulf of Mexico have yielded a rare snowfall in many parts of South and Southeast Texas.

CPS Energy reported about 63,000 customers had lost power due to the storm as of 9 p.m., CBS San Antonio affiliate KENS reports. Temperatures are expected to reach as low as 25 degrees in some areas, killing crops and other sensitive vegetation.

CBS Houston affiliate KHOU's chief meteorologist David Paul said there could see a wintry mix sometime in the Houston-area after 8 p.m. Thursday and possible snowflakes overnight into Friday morning.  Paul said if there is any accumulation of snow, they will be in grassy areas, as the ground will be too warm for it to stick. Therefore, we shouldn't expect any problems with travels on the road, he says.

Up to 3 inches of snow was expected in the Corpus Christi area by Friday morning. Weather Service meteorologist Kevin Wagner said the most recent comparable snowfall in Corpus Christi was 4.4 inches on Christmas Eve and Christmas Day, 2004.