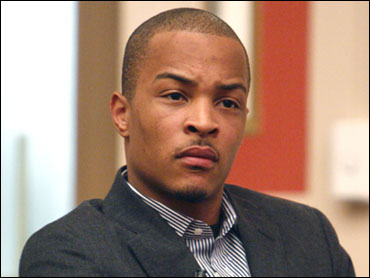 Atlanta rapper T.I. has been released from a federal prison in Arkansas and is headed to a halfway house in Georgia.

A lawyer for T.I., whose real name is Clifford Harris Jr., said the rapper was released Tuesday morning.

T.I. began serving his sentence of a year and a day for illegal firearms possession and possessing a gun as a convicted felon last May.

Steve Sadow said his client was expected to report to Dismas Charities halfway house in Atlanta on Tuesday night and will be there for up to three months.

Sadow said Harris "did his very best to adjust to his circumstances" in prison and knew he had to pay for the crime he committed. He said Harris was most looking forward to getting back to his family and being as productive as he can be.