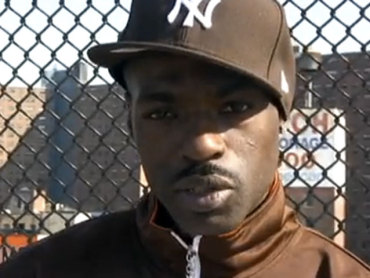 (CBS/AP) NEW YORK - P-Diddy protégé G-Dep, who confessed last December to an 18-year-old cold case murder, has lost a bid to get his charges downgraded to manslaughter, and now may be facing a 15 years-to-life sentence.

According to the New York Post, defense lawyer Anthony Ricco had asked prosecutors that his client be shown leniency, with a plea to manslaughter or a lesser prison sentence, because G-Dep had turned himself in apparently due to a guilty conscience.

Prosecutors, however, have declined to offer the rapper - real name Trevell Coleman - a sentence of anything less than the 15 years, the Post reports. Coleman now must either take the deal or head to trial.

The once-promising rapper confessed to the 1993 shooting of John Henkel outside of a housing complex only to find out that his victim had died in the attack. For the 36-year-old G-Dep, the case marks a nadir in his long fall from rapper on the rise. After scoring a couple of hits in the early 2000s, he has been mired in drug and legal problems in recent years, though he was attempting a comeback with an album released online this year.

Ricco told reporters Thursday that despite the very real possibility of a long sentence, Coleman remains at peace with his decision to confess, the Post reports.

G-Dep was one of the rising stars of hip-hop impresario Sean "Diddy" Combs' Bad Boy Records label in the late 1990s and early 2000s.

G-Dep had hits with "Special Delivery" and "Let's Get It," the second of which featured Diddy and Black Rob.