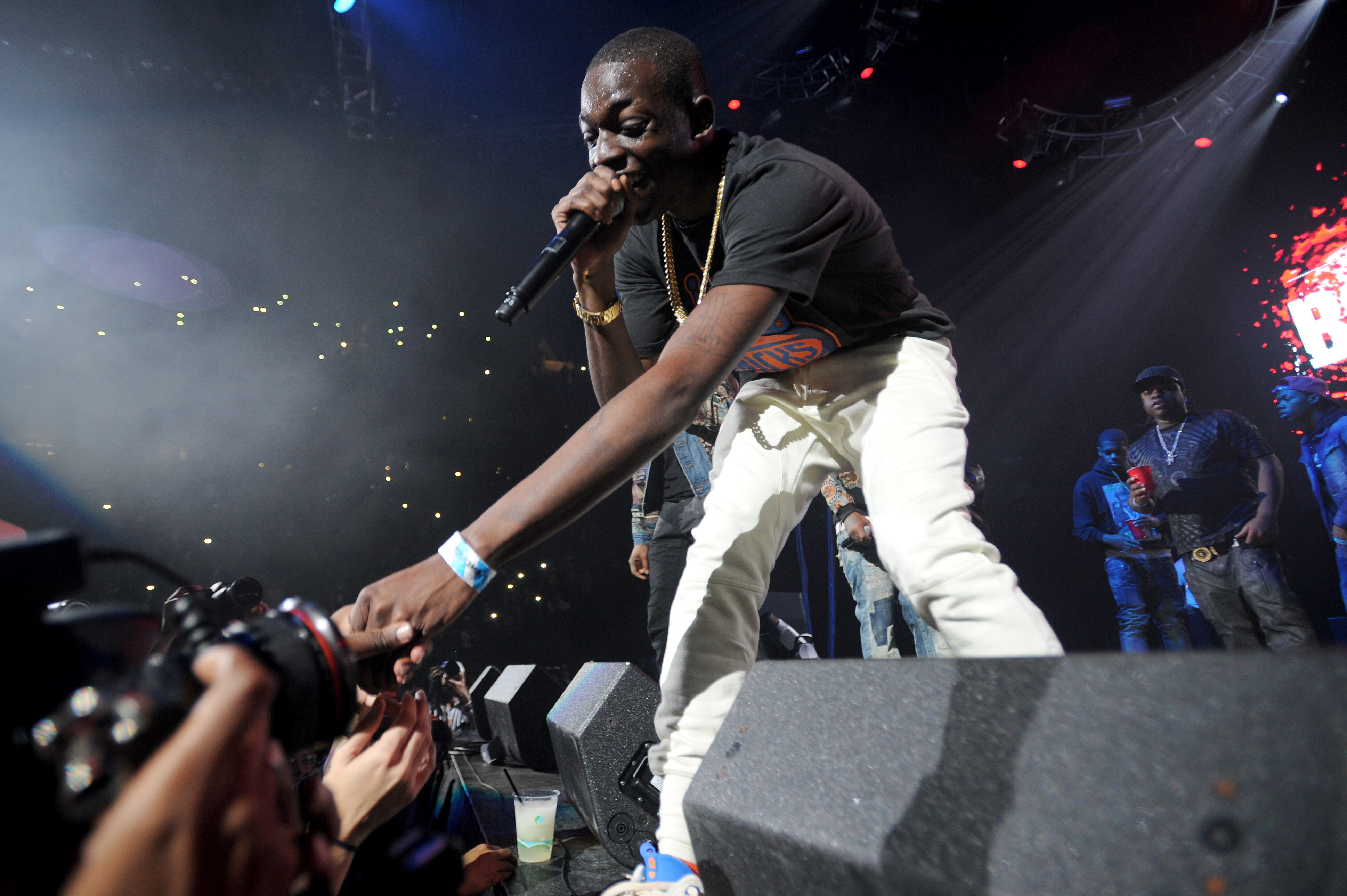 An up-and-coming rapper is among several people arrested in an investigation into a series of gang-related shootings and drug trafficking in New York City.

Authorities said Wednesday that Ackquille Pollard was taken into custody shortly after he left a recording studio near Radio City Music Hall in midtown Manhattan. He performs under the name Bobby Shmurda.

A spokeswoman for the prosecutor's office says the 20-year-old Pollard is among a group of defendants named in an indictment that will be unsealed after their arraignments Thursday.

The Brooklyn-born Pollard is best known for the hit song "Hot Boy" and for a music video that popularized a dance move called the "Shmoney dance."

This fall, he released the album, "Shmurda She Wrote." His first album with Epic Records is expected out next year.