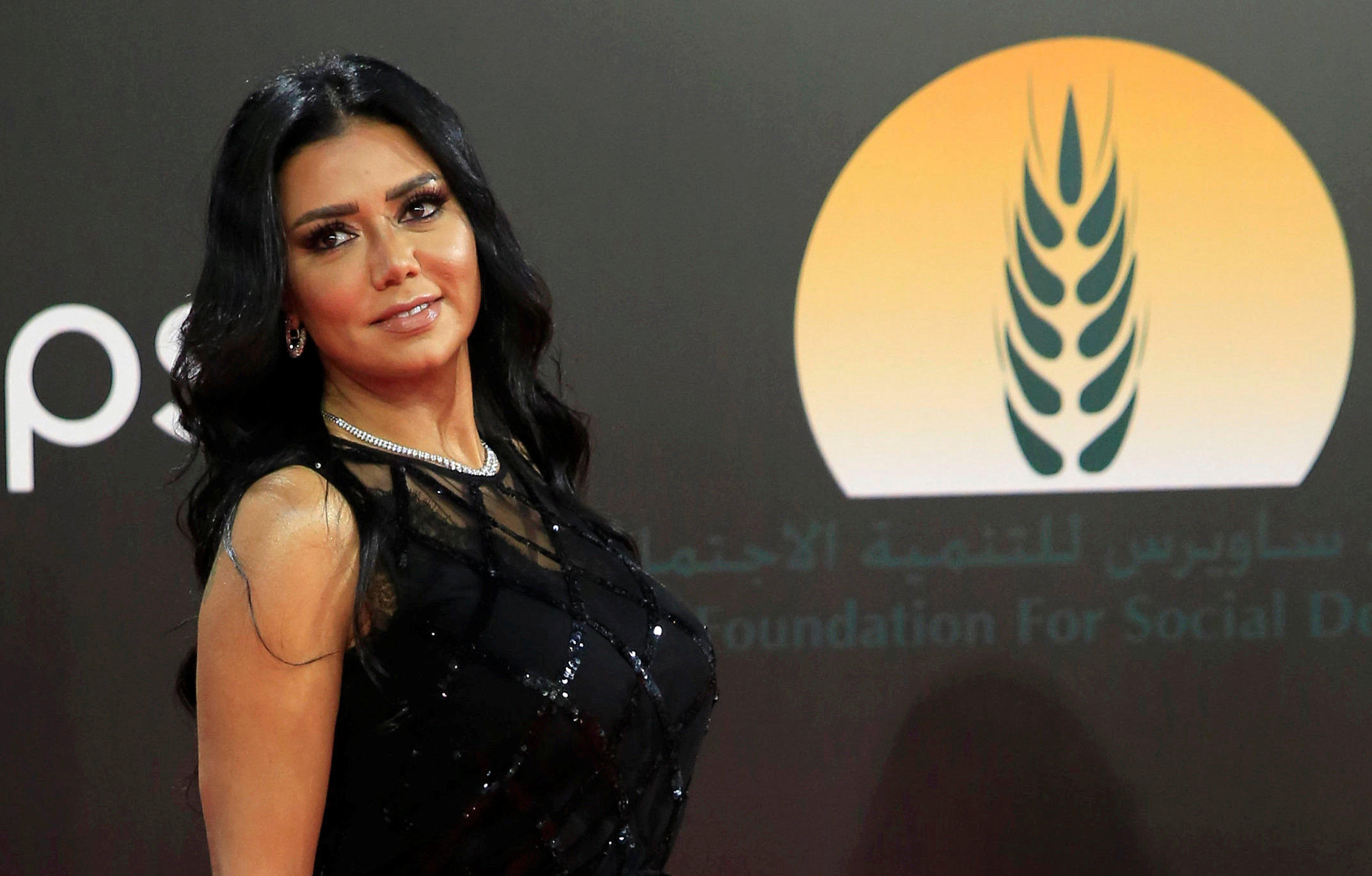 CAIRO -- It's a dress that has shaken Egypt, and the uproar continues. Prosecutors on Wednesday questioned actress Rania Youssef for at least four hours on accusations of public obscenity over a revealing dress she wore to a cinema gala last week, her lawyer said.

Youssef was allowed to go free after the questioning, pending the completion of the investigation, said the lawyer, Shaban Said. But he added that she still faces trial on Jan. 12, a date set by a court, and could possibly face up to five years in prison if convicted.

The initial complaint against the 45-year-old Youssef was filed by a group of lawyers with a reputation for moral vigilantism but they said they withdrew their complaint on Tuesday. The lawyers, Wahid al-Kilani, Hamido Jameel al-Prince, Amr Abdel Salam and Samir Sabry, said they decided to forego legal action after Youssef made a public statement.

Though she stopped short of an outright apology, Youssef said she did not mean to offend anyone with her long black dress, its see-through skirt revealing her legs in their entirety.

She wore the dress last Thursday for the closing ceremony of this year's Cairo International Film Festival.

Images of Youssef in the dress were widely shared on social media in Muslim-majority Egypt, where ostensibly secular authorities often side with religious conservatives. Her case prompted the country's Actors Guild to declare it intended to investigate and discipline actors who wore "inappropriate" attire during the opening and closing ceremonies of the weeklong film festival, arguing that they clashed with "traditions, values and ethics of the society."

A guild representative, Ayman Azab, attended Wednesday's questioning, Youssef's lawyer said. Youssef said in a Facebook post that she may have misjudged how people would react to the dress.

"If I had known, I would not have worn this dress," she said. "I want to repeat my commitment to the values and ethics we have been raised by in Egyptian society."