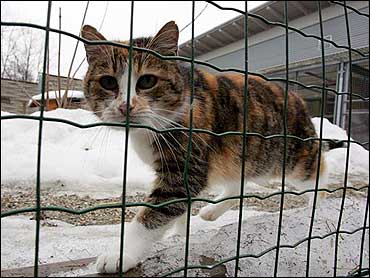 It may not be their preferred destination, but at least the Texas Rangers know where they are going to start the playoffs.

"Start spreading the news," Rangers pitcher John Burkett crooned in the clubhouse Saturday night after the Anaheim Angels ended Texas' hopes of home-field advantage in the first round with a 15-3 rout.

The AL West champion Rangers are bound for New York, where they will open a best-of-5 series against the AL East champion Yankees on Tuesday night.

"We have a great deal of respect for that organization, for the job Joe Torre has done," Texas manager Johnny Oates said. "They are a professional team. But they had the season of the century last year. They're 15, 16 games less this season."

The Yankees beat Texas in the first round of the playoffs in 1996 and 1998. And the Rangers continued to have trouble with New York this season, dropping the season series, eight games to four.

"We're ready to go," said Texas second baseman Mark McLemore. "Where we went, who we played, it didn't matter."

With victories Saturday and Sunday, and another loss by the Cleveland Indians, the Rangers could have been heading home to play the Boston Red Sox in the opening round.

"As players, we deal with the situation we're given. The location doesn't change the game, what we have to do," said closer John Wetteland. "The opportunity was there (to secure home-field). We missed it, so we go on."

Tim Salmon went 4-for-5 with two homers and five RBIs to lead the Angels. Salmon, who missed two months after spraining his wrist in early ay, has 16 homers and 68 RBIs this season.

"It's sad that it's jelling so late for me," he said. "By Christmas, I should be leading the league."

Salmon hit a two-run homer off Rick Helling (13-11) in the fourth inning and a three-run shot, his 16th, off reliever Danny Patterson in the seventh to give the Angels an 8-3 lead.

The score was tied at 3 in the sixth before Helling allowed sacrifice flies to Garret Anderson and Jeff Huson.

Shigetoshi Hasegawa (4-6) was hit hard in two innings but picked up the victory when the Angels rallied.

Anaheim broke it open with seven runs in the seventh. After Salmon's homer, Huson added another sacrifice fly, Jeff DaVanon hit a two-run triple and Jim Edmonds added an RBI double, making it 12-3.

Mo Vaughn, who went 3-for-4 and scored four runs, gave the Angels a 1-0 lead with his 33rd homer in the first. Salmon, who also scored four times, made it 3-0 with his two-run shot in the fourth.

Helling has allowed 41 home runs, most in the majors. He broke the Texas record of 40 set by Ferguson Jenkins in 1979.

Helling gave up five runs four earned and six hits in six innings. He is 0-4 in his last five starts, allowing 35 hits and 26 runs in 27 2-3 innings over that stretch.

Anderson had a two-run double in the ninth off John Wetteland.