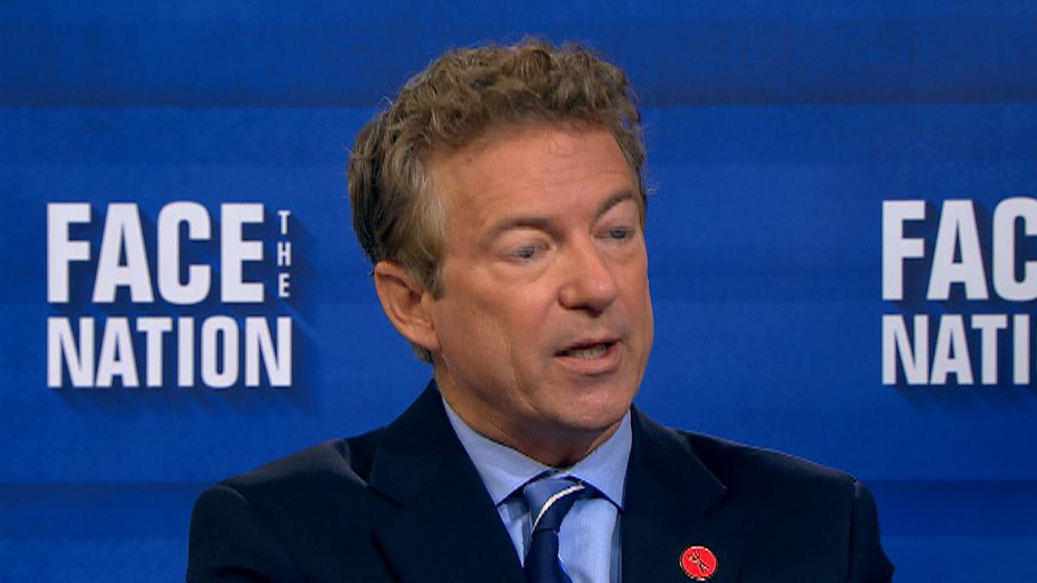 Sen. Rand Paul (R-Kentucky) hasn’t been shy about his issues with the Republican health care overhaul plan -- and on Sunday, he said congressional conservatives are “not going to vote for it.”

“Right now I think there’s a charm offensive going on -- everybody’s being nice to everybody because they want us to vote for this, but we’re not going to vote for it,” Paul told CBS’ “Face the Nation.”

Paul said House Speaker Paul Ryan is pitching the health care bill as a “binary choice” between his overhaul plan and Obamacare as it currently stands -- and isn’t interested in negotiating with the more conservative members of his party.

“What we’re hearing is a binary choice is that it’s the Ryan plan or the status quo,” he said. “And what he’s rammed through his committee is his, without any amendments, and that’s the question. If we get what we’ve got from Ryan, ‘Obamacare lite,’ he will not have the votes.”

The biggest problem with the new GOP plan, Paul said, is that it doesn’t fix the “fundamental problem” with Obamacare.

“The one primary thing that’s wrong with Obamacare that’s visible to everybody is that premiums are rising through the roof, soaring in the individual market,” Paul said. “That will happen under the Ryan plan as well because they do nothing to fix the fundamental problem.”

He repeatedly referred to the bill as “Obamacare lite,” saying it keeps the major components of Obamacare in place: it includes insurance subsidies, keeps certain taxes in place for one year, keeps the Cadillac tax in place indefinitely and still contains a penalty for people who don’t get insurance.

Paul said the bill is currently in the “pre-negotiation” phase -- and that he believes President Donald Trump is open to negotiating.

“I don’t think the president is rigid in support of the House bill, I think he’s open to seeing how we can get consensus,” he said. “And what I’ve told the president is what I’m telling everybody: we’re united on repeal, not so much on replacement. We do not agree with the fundamental three or four things that the ryan has: subsidies, taxes, mandates and insurance bailout.”

Asked about Mr. Trump’s claims that President Obama wiretapped Trump Tower during the 2016 campaign, Paul said he doesn’t believe the Obama administration “directly” targeted Mr. Trump for wiretapping -- but that they may have picked up conversations of his associates while wiretapping foreign individuals.

“I doubt that Trump was a target directly of any kind of eavesdropping but I’m not saying it didn’t happen, I think there’s a very good chance it does,” he said. “ I don’t have any special information but the way it works is the FISA court ... wiretaps foreigners and then listens to Americans. It’s a backdoor search of Americans.”