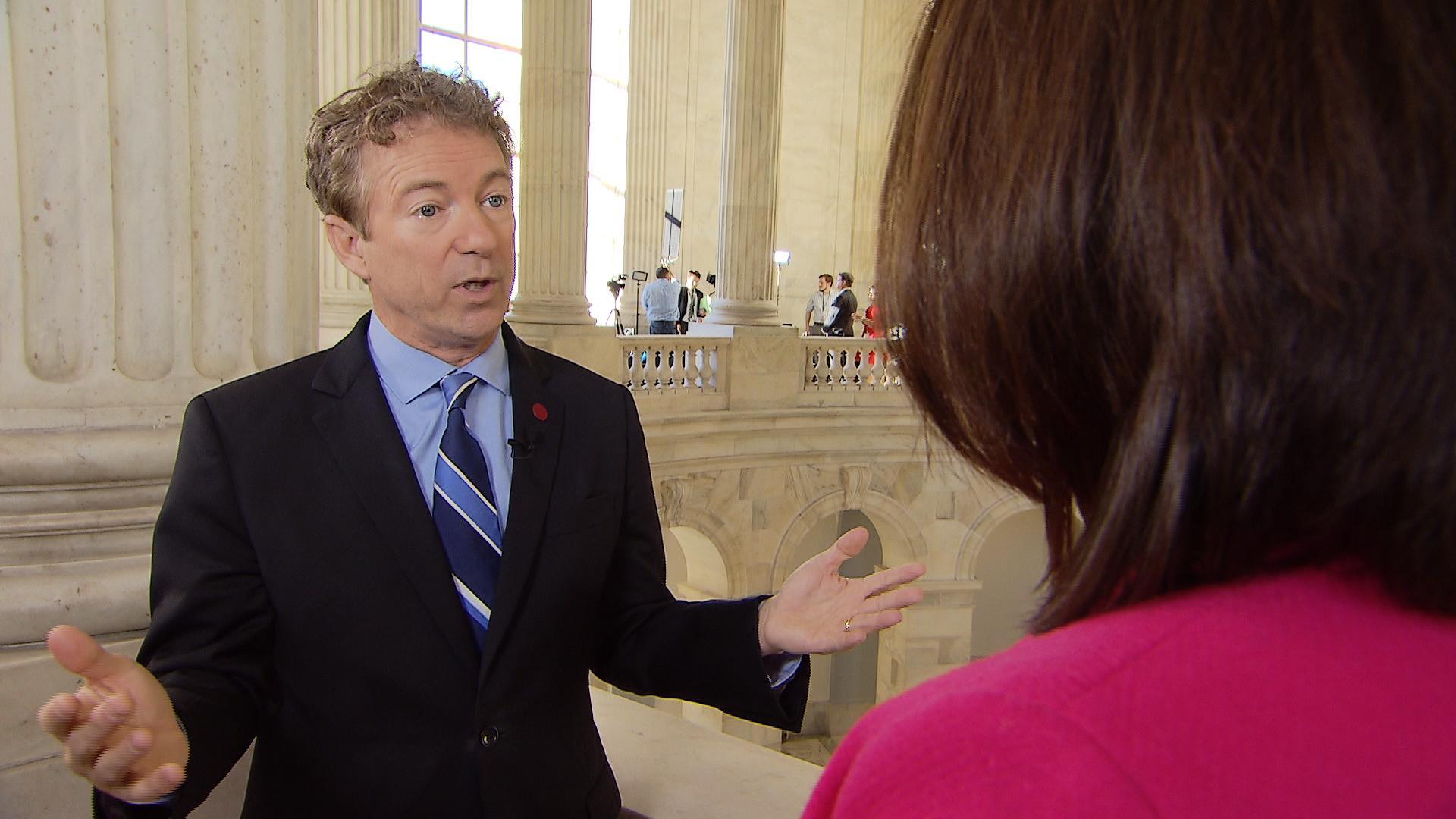 As congressional Republicans debate their plan to overhaul the health care system, not all members of the party are on board -- and Sen. Rand Paul (R-Kentucky) said Wednesday that he thinks the party should vote on multiple proposals, rather than just going with what he called “Obamacare lite,” the bill House Republicans introduced Monday evening.

“A year ago we voted on a clean repeal and that’s what we should vote on again,” he told CBS News’ Nancy Cordes in an interview for the daily CBSN show “Red and Blue.” “Now I am for replacing, and I have a replacement bill as well -- let’s vote on a variety of different choices for replacement and see which one gets enough votes to pass.”

Asked about President Donald Trump’s decision to mention him by name on Twitter -- the president said he is “sure” that Paul “will come along with the new and great health care program” -- Paul said he and Mr. Trump agree on the need to repeal Obamacare, but not on what to replace it with. And with Mr. Trump reportedly planning to travel to Kentucky this weekend, Paul’s home state, Paul says he doesn’t believe the trip is intended to put pressure on him and that it’s “probably just a coincidence.”

“We welcome him to Kentucky,” he said. “He’s very popular in Kentucky. I’ve been a big ally of his on trying to repeal regulations that are hurting our coal industry, I’m with him on reducing taxes, I’m with him on repealing Obamacare -- I think where the problem is is we have some disagreements on the replacement part.”

The legislation that congressional GOP leadership has proposed, Paul said, is “Obamacare lite” -- in that it still includes taxes and subsidies from the Affordable Care Act (ACA).

“It keeps the subsidies, just renames them tax credits,” he said. “It keeps the taxes, all of them, for a year -- and then it keeps the Cadillac tax forever.”

Paul said he does expect there will be negotiations before the final bill reaches the House or Senate floor for a vote.

He also said the bill should be scored by the Congressional Budget Office before any votes take place.