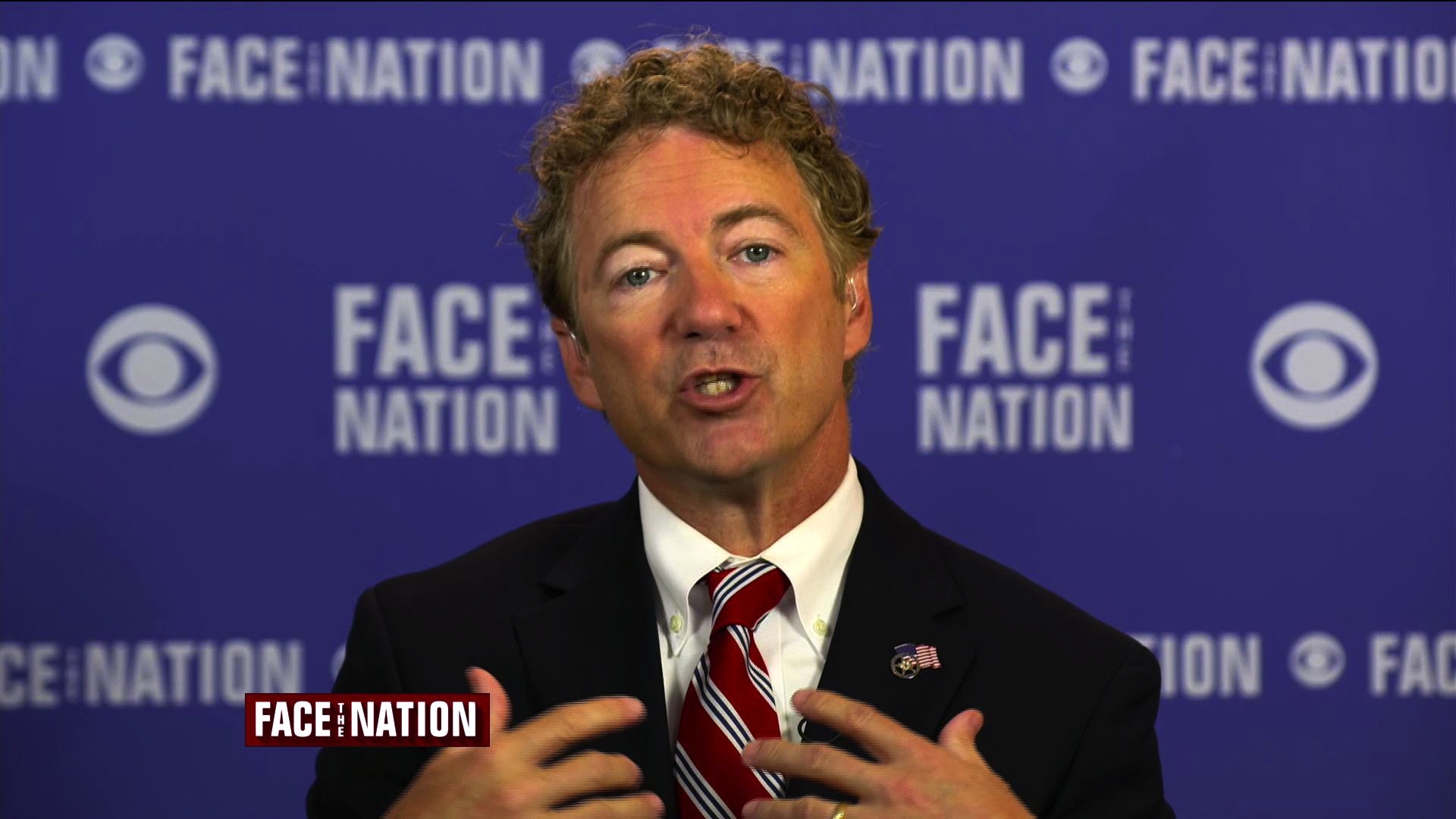 Kentucky Sen. Rand Paul said Sunday that the latest questions surrounding Hillary Clinton's email habits while serving as secretary of state show that "the Clintons think they live above the law."

The Justice Department confirmed Friday it had received a request to investigate Clinton's email account after a report by the inspectors general of the State Department and the Intelligence Community found that her private email account "hundreds of potentially classified emails" in it.

In an interview on "Face the Nation" Sunday, Paul said, "This isn't a bunch of Republicans making a political point, this is President Obama's government saying she may have released classified information."

In response to the allegations, Clinton said Saturday, "I am confident that I never sent nor received any information that was classified at the time it was sent and received. And what I think you're seeing here is a very typical kind of discussion, to some extent disagreement, among various parts of the government over what should or should not be publicly released."

The news has reignited a debate about the former secretary of state's email habits, which included using a private server to host her messages on a non-government account. Many Republicans on Capitol Hill have called on Clinton to hand over the server.

Paul said that Clinton actually put herself and those who protect her at risk if she was sending or receiving emails that detailed her schedule.

"They did this because they're Clintons. And the Clintons think they live above the law, and they think they can live differently than all the rest of America. And I think this is going to come back to bite her and already is," Paul said.

He also said it's "a little bit hard to have trust in Hillary Clinton when she breaks every rule along the way...I think this is a real problem for Hillary Clinton, and this isn't going away."

In a separate interview on "Face the Nation," Sen. Joe Manchin, D-West Virginia, said that the Clinton's use of a private email server has to do with her husband's unique status as a former president.

Paul also talked about why he thinks a flat tax will work for the U.S. even with so many lobbyists attempting to influence the tax code.

"The city is overrun with lobbyists, and they don't want a flat tax. They want to manipulate the system to help their customers. I want to get rid of the whole tax code. And I think that the 70,000 page tax code we have is chasing American jobs and chasing American companies overseas," Paul said. "I think what you do is get rid of all the favoritism, get rid of all the cronyism, and let's have one single rate, 14.5 percent for business, 14.5 percent for individuals." He also said the U.S. should get rid of the payroll tax, which would lower taxes paid by individuals.

In addition to his proposals to overhaul the tax code, Paul has introduced legislation that would prohibit any federal funds from going to Planned Parenthood. In recent weeks, anti-abortion activists have released two videos designed to discredit the way the group provides researchers with fetal tissue.

"There's no reason for Planned Parenthood to get any federal money, and basically the things they are doing are unacceptable to a vast majority of people, pro life or pro choice," Paul added, arguing that community health centers provide the same services as Planned Parenthood does except abortions.

Legally, a group like Planned Parenthood can donate fetal tissue if they do not receive a profit and the woman who underwent the abortion gives her consent. It is illegal to sell the tissue outright, but Planned Parenthood has said that a discussion of payment in the first video has to do with the process of being reimbursed for the transfer, which is legal.

"Whether it's against the law or not, my goodness, I think everybody in America is horrified by this, and they don't want their tax dollars going to this group," Paul said.