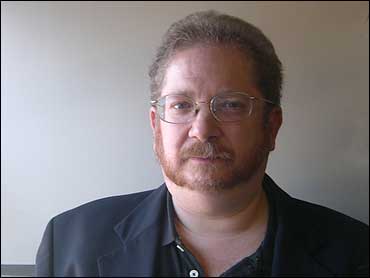 The St. Louis Rams' chances for a turnaround season took a major hit when quarterback Trent Green tore both ligaments in his left knee Saturday night, knocking him out for the year.

The injury soured a perfect passing game and the Rams' 24-21 exhibition victory over San Diego.

Az Hakim returned punts 89 and 80 yards for touchdowns as the Rams (1-2) kept the Chargers (0-4) winless in the preseason.

Green, who completed all 11 passes for 166 yards and a 52-yard touchdown pass to Isaac Bruce, was injured on a blow to the back of the knee by Pro Bowl safety Rodney Harrison with 1:31 to go in the first half. He tore the medial collateral and anterior cruciate ligaments and also sustained cartilage damage.

Major surgery will be scheduled after the swelling goes down.

"It's scary," Rams coach Dick Vermeil said. "The whole sideline, you could feel it within every football player on the team, and we're all concerned."

Green was carted off the field and Bruce signaled the worst shortly after the play when he slammed his fists on the artificial turf.

Green, 29, signed a four-year, $16.5 free agent deal with the Rams after a breakthrough year with the Washington Redskins in his first year as a starter. He threw 23 touchdown passes and 3,441 yards in 14 starts last year, and led Washington to a 6-3 finish.

In the preseason, he was 28-of-32 for 406 yards with two touchdowns and one interception.

Harrison beat a block by running back Marshall Faulk on the third-down play, and lunged into Green's knee just after the ball had been released. A 12th completion was negated by a personal foul.

"If I had it to do all over again, I wouldn't be out there," said Harrison, a former teammate of Green's in San Diego. "I wouldn't even blitz. I feel terrible about Trent."

Rams offensive tackle Fred Miller, who went after Harrison and drew a penalty, didn't believe it.

"There's no doubt in my mind he could have held up," Miller said. "That's really uncalled for. You could totally tell he was out to try to hurt somebody."

It was the second dangerous hit of the night by Harrison, who took a personal foul for unnecessary roughness against Bruce in the first quarter. Harrison played at Western Illinois in Macomb, Ill., where the Rams hold training camp.

The Rams' backup quarterback is Kurt Warner, who has played in one game as a reserve in his career, a mop-up role in the season finale last year at San Francisco.

"It's tough to really be excited to be te starter in this situation," Warner said. "I'm just going to try to fill his shoes the best I can."

The third-stringer is a rookie, fourth-round draft pick Joe Germaine of Ohio State. Germaine played most of the second half and was 5-of-10 for 62 yards, setting up a 52-yard field goal by Jeff Wilkins in the fourth quarter.

Hakim, a fourth-round draft pick in 1998, is battling rookie first-round pick Torry Holt for a starting wide receiver spot. On his 89-yard return with 2:12 to go in the first quarter, he pounced on his own fumble and then raced past surprised Chargers to give the Rams a 14-0 lead.

Hakim found a seam and beat coverage to the outside on his 80-yard return that put the Rams ahead 21-7 with 13:08 to go in the third quarter. He also had a 29-yarder late in the first half after boldly fielding the ball at the 2.

Bruce, who sat out the Rams' previous exhibition game at Chicago with a tight hamstring, caught three passes for 89 yards. He's missed 15 games over the last two years with hamstring woes.

Kenny Bynum scored on a 1-yard run on fourth-and-goal with 1:55 to go in the half and Erik Kramer threw a 2-yard pass to Wendell Davis in the third quarter.

Chargers quarterback Jim Harbaugh was 11-of-14 for 99 yards in the first half. Third-stringer Craig Whelihan threw a 10-yard scoring pass to Tony Gaiter with 40 seconds remaining.

The Chargers sat linebacker Junior Seau, who has been nursing an Achilles' tendon injury and because the game was played on artificial turf. Running back Natrone Means, who has a foot injury, also was given the night off.