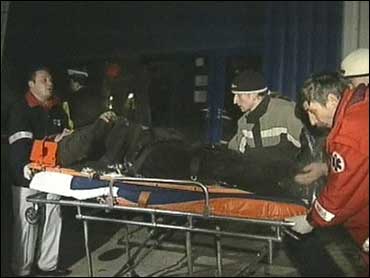 The Los Angeles Clippers said Wednesday they have nothing to say about a report their vacant coaching job will be offered to Los Angeles Lakers assistant Kurt Rambis.

"As we've said all summer, we aren't commenting on the search," Clippers spokesman Rob Raichlen said. "When we have something to say, we'll announce it."

Raichlen said no news conference regarding the coaching job was planned for today.

The Clippers job has been vacant since April when Bill Fitch was fired.

The Los Angeles Times, citing sources close to the situation, reported Rambis was expected to be offered the Clippers job as early as today. The paper also said the Sacramento Kings, who fired Eddie Jordan on Tuesday, were interested in Rambis.

"He is the hardest worker of any assistant I have ever seen," Lakers general manager Mitch Kupchak said of Rambis. "He continues to ask questions every day, he watches tape and he is eager to learn. He had to know details (of the game) more than other players (who had more talent), and that certainly didn't hurt him. He speaks well and, most importantly, he has been involved in a winning organization for many years."

Rambis met once with Elgin Baylor, the Clippers' vice president of basketball operations, this summer and had a meeting recently with team owner Donald Sterling.

As for the Kings, Jordan was fired as coach after leading the team to a 27-55 record last season. Jordan spent seven seasons in the NBA, including 1981-82 when he and Rambis were members of a Lakers team that won the NBA championship. Jordan also returned to the Lakers briefly in the 1983-84 season.

"By making that sacrifice, you're going to prevent people from getting infected," Fauci told Good Morning America.