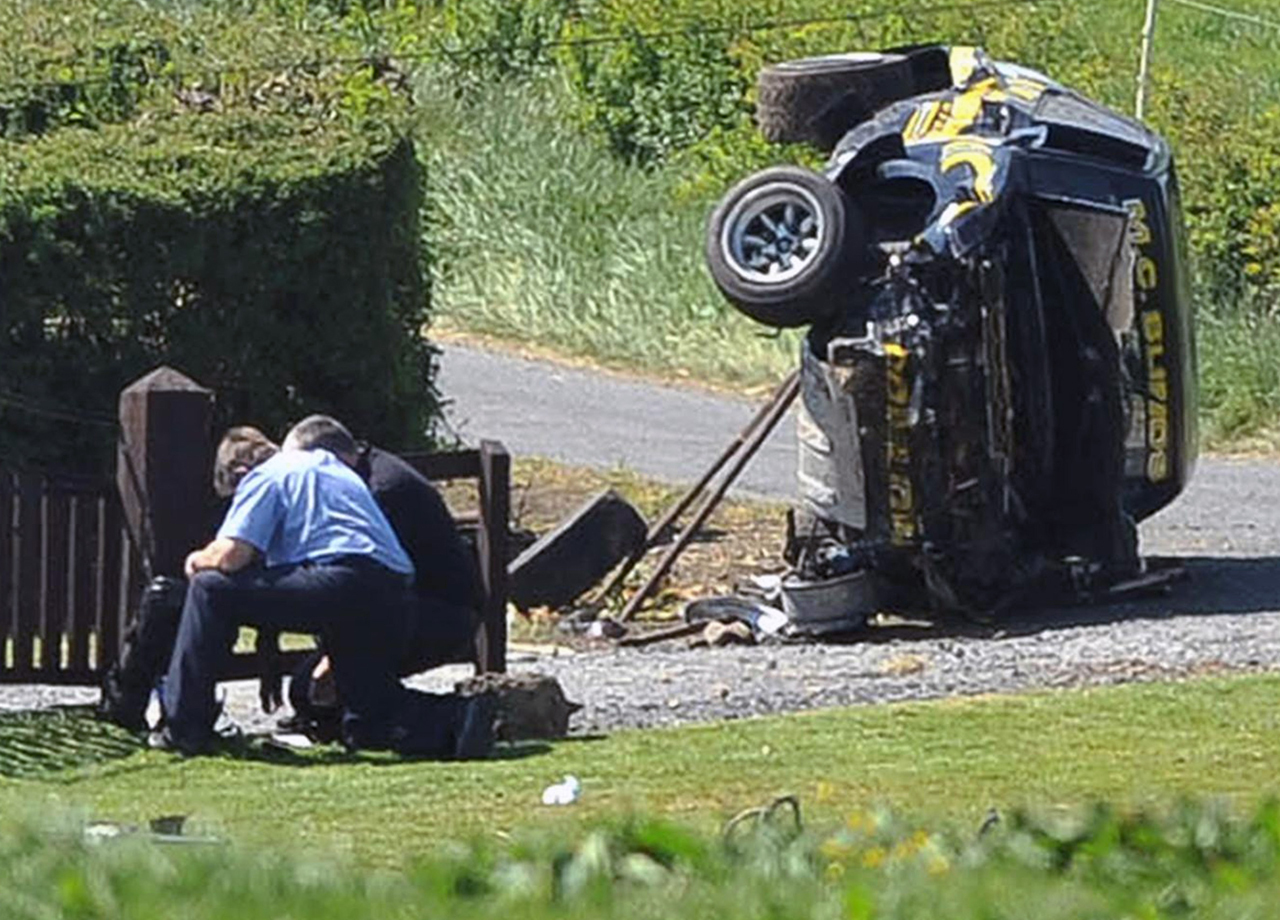 (CBS/AP) DUBLIN - Police say two people have been killed and seven injured after a race car went out of control on a rural Irish road and crashed into a crowd of about 30 spectators.

Organizers of the Cavan Stages Rally involving about 100 souped-up cars in the border county of Cavan canceled the event following the accident.

Police and the race organizer, Motorsports Ireland, both launched investigations into what went wrong.

Police identified the two dead as a 29-year-old woman from Cork, southwest Ireland, and a 50-year-old male photographer from the western city of Galway.

The car's driver and co-driver were among the seven injured.

Last weekend a car competing in a road race through a village in southern France lost control and smashed into a crowd of spectators, killing two and injuring at least 15.

2 dead as race car crashes into crowd in France