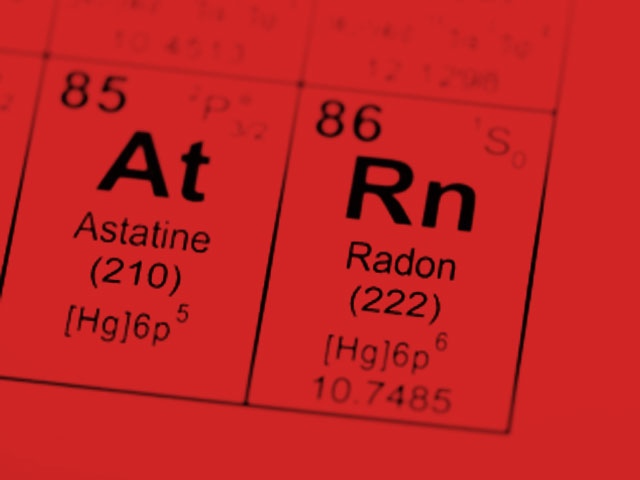 (CBS) As Americans watch the nuclear reactor drama unfold in Japan, many have radiation concerns closer to home. One of them is radon.

What is it? How dangerous is it? And how can you keep your family safe?

Radon is an invisible radioactive gas that has no taste or smell. But over time, it can be very dangerous. Each year, it's estimated that more than 21,000 people die from lung cancer caused by radon exposure, according to the Environmental Protection Agency. That's almost twice as many deaths as drunk driving. It's the second most likely cause of lung cancer death, behind cigarette smoking.

Radon gas comes from the breakdown of uranium naturally found in soil, rocks and water. That's right, uranium isn't just in nuclear bombs and power plants. It's found in nature too, but in a far less concentrated and less radioactive form.

One in every 15 American homes has an elevated level of radon, according to the EPA. The gas typically seeps up from the ground through cracks in the floors, walls or construction joints. It can affect both old and new homes.

That's the bad news. The good news is you can do something about it.

Testing kits are available at most hardware stores and most areas will have professional radon testing services. To get really accurate readings, radon must be tested over a long period of time - more than 90 days. If you get a reading of 2 picocuries per liter (pCi/L) or higher, the EPA recommends fixing your home.

The most common fix is a soil suction radon reduction system which uses a vent pipe and fan to pull radon gas from beneath your home and blows it outside. Because installing a system incorrectly can make the problem worse, the government recommends hiring a licensed contractor for the job.