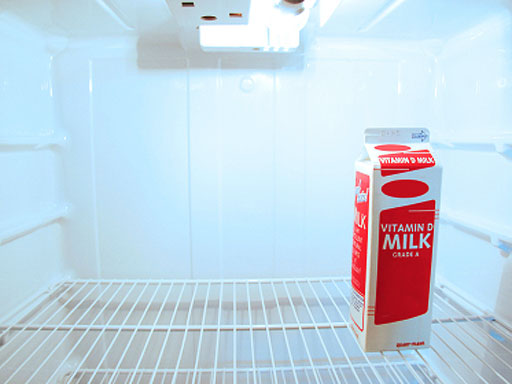 (CBS/AP) LOS ANGELES - Got radiation? Turns out if you are drinking milk in America you just might be getting a very tiny dose of it from Japan.

But experts say the amount is so small that you shouldn't mind a bit.

"This amount of radiation is tiny, tiny, tiny compared to what you get from natural sources every day," said John Moulder, a professor of radiation oncology at the Medical College of Wisconsin in Milwaukee who studies the effects of radiation exposure.

Beer? Is nothing sacred?

"Once you understand that we swim in this low-level sea of radiation, then it's just a numbers game," said Mike Payne of the Western Institute for Food Safety and Security at the University of California, Davis.

For the Japanese, that numbers game has changed since the March 11 quake and tsunami that damaged the Fukushima Dai-ichi nuclear power plant on the east coast of Japan.

Radioactive contamination was found in groundwater underneath the plant that is 10,000 times the Japanese health standard. And small levels of radiation were detected in soil 25 miles from the plant and beef 40 miles from the crippled reactor.

The United States had already banned imports of dairy and produce from the region of Japan where the crippled plant is located. Other foods imported from Japan, including seafood, are still being sold but are screened first for radiation.

Still, a ban can't stop tiny amounts of radiation, often in the form of radioactive iodine, from floating over.

Radioactive iodine was found in milk in California and Washington state, most likely after a cow ate tainted grass or drank puddles of rainwater containing it. The amount detected was 5,000 times below the federal recommended limit for exposure.

But according to John Moulder at the Medical College of Wisconsin, the health risk "is about as close to zero as you can get."